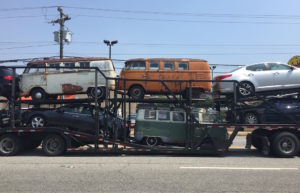 On day way to lunch today, I saw a car transporter parked in the turn lane and it was hauling three vintage VW buses.  Why?  The driver was heading into the Mickey Dee’s – matter of fact, I pulled into their parking lot to take these pictures.

The white VW bus on the top left appeared to be a cobbled up affair – it had what appears to be homemade hinges on the side windows to make them swing out.  The next one to the left still had windows in their fixed positions. 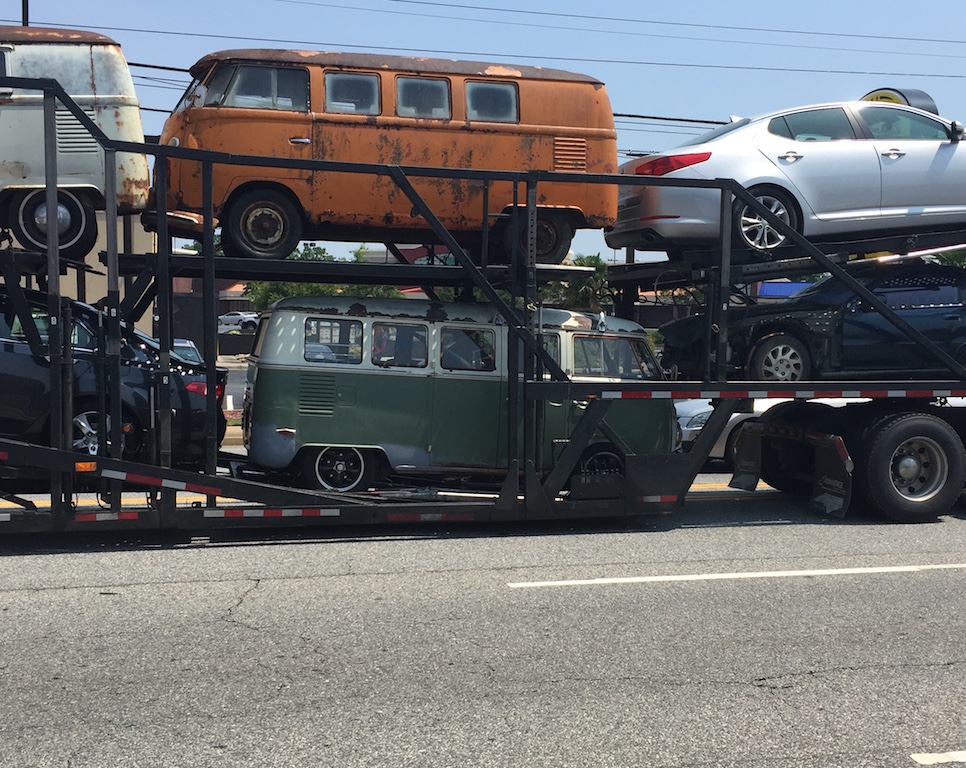 The green/white one was the best of the bunch…

The best one of the bunch was the one on the bottom slot.  It even had what appears to be some nice vintage mag wheels.  However I was not able to really tell if they were the real coveted VW buses with all the opening windows.  Suffice to say, somebody had 3 diamonds in the rough here.

Oh and to boot, check out what was at the very rear… 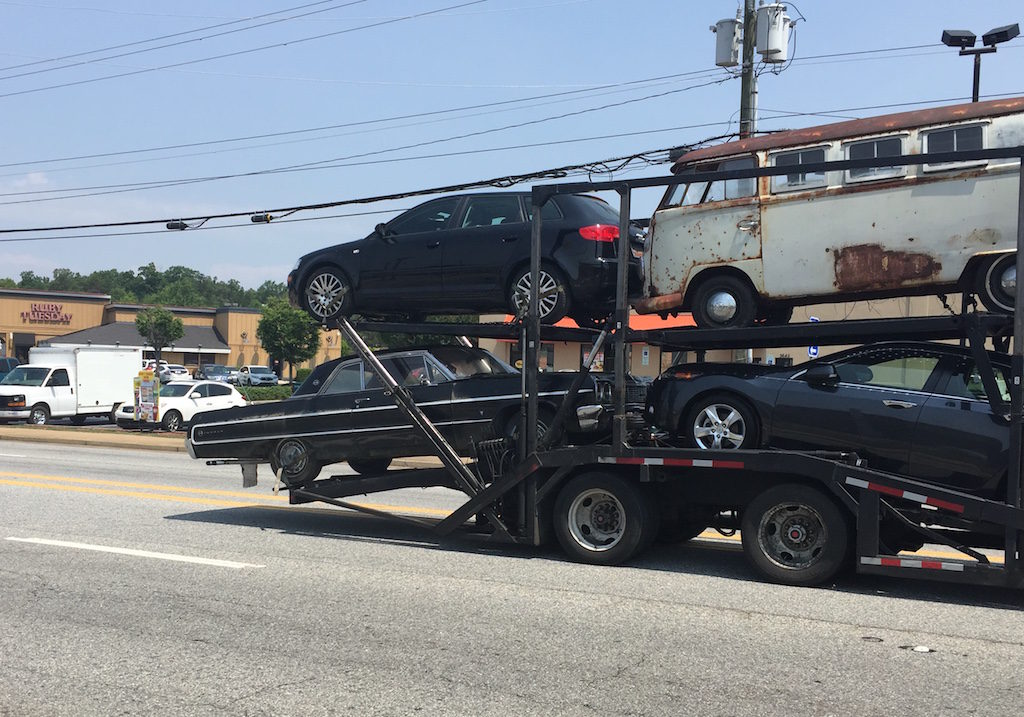 This appears to be either a 1963 or 1964 Chevrolet Impala coupe.  Again, plenty of potential there, don’t you think?