Here is a final set of pictures of the new frame serving as bowtie6’s backbone.  The body has now been permanently bolted on, so this is the last set…

Some misconceptions have surfaced as to the origin of this frame.  Suffice to say this is NOT (repeat, IT IS NOT) a RATCO frame.  Those folks produce a nice aftermarket frame but this one is all bespoke and designed for the ECOTEC and the solid rear axle specifically.

Why so many entries on this blog about the frame?  Well, simply put:  I am very proud of it.  My cousin Jim Thompson has put together a very clever, lightweight and strong frame using modern frame-building techniques and materials while being able to retain some of the original TR6 bits.

The front suspension is almost all stock TR6.  The “A” arms, ball joins, steering rack, sway bar, trunions, hubs and rotors are all stock Triumph.  The calipers are Wilwood.  The springs/shocks have been replaced with coilovers.  The coilovers offer several advantages:  no spring compressors, spring interchangeability and the ability to control ride height.  However, they are not cheap but worth every penny.

The rear is all new and it is trick!  The axle is an 8” Ford, custom sized.  It was cut on both sides and custom cut axles have been sourced from Moser.  The gears are from Motive; posi-traction (of course) with a 3.80 to 1 ratio.  Disc rotors and calipers are used on the rear end (with full emergency brake capability using the original TR6 cables and lever), as well as matching coilovers.  There is a four point suspension holding the axle in place with Heim ends on all four control arms.  We tried polyurethane ends, but they did not survive the power from the ECOTEC.  Enter the Heim ends.  Again, only the best have been purchased.  These are precision ground steel (normally used on sprint cars) along with special boots to keep debris out.  Brake and fuel lines are all hand made, hand fitted and hand formed from stainless tubing; with teflon lined, braided lines going to all four calipers.  Again, only the best has been sourced.

This is the second frame built using this design.  The first frame is under Jim’s TR4 and it has proven to be astounding.  It is very stiff – gone is the ‘flex’ that the original frame exhibits.  The new frame is made from much stronger square tubing.  This tubing is a solid square, not a “U” channel with a cap spot-welded as in the original design from Triumph.  I repeat, this is very strong stuff.

Finally, the ECOTEC 2.4 litre engine sits on special plates (on the frame side) that allow the use of the original Solstice engine mounts as well as tranny mount.  The mounts are really nice because they are made with rubber to help isolate vibrations.  Furthermore, the GM mounts have a locking mechanism that if the rubber ever fails the engine will only rock a very small distance and the locks keep it from making undesirable and expensive damage.

Here is the final picture gallery of the frame prior to the body being permanently installed. 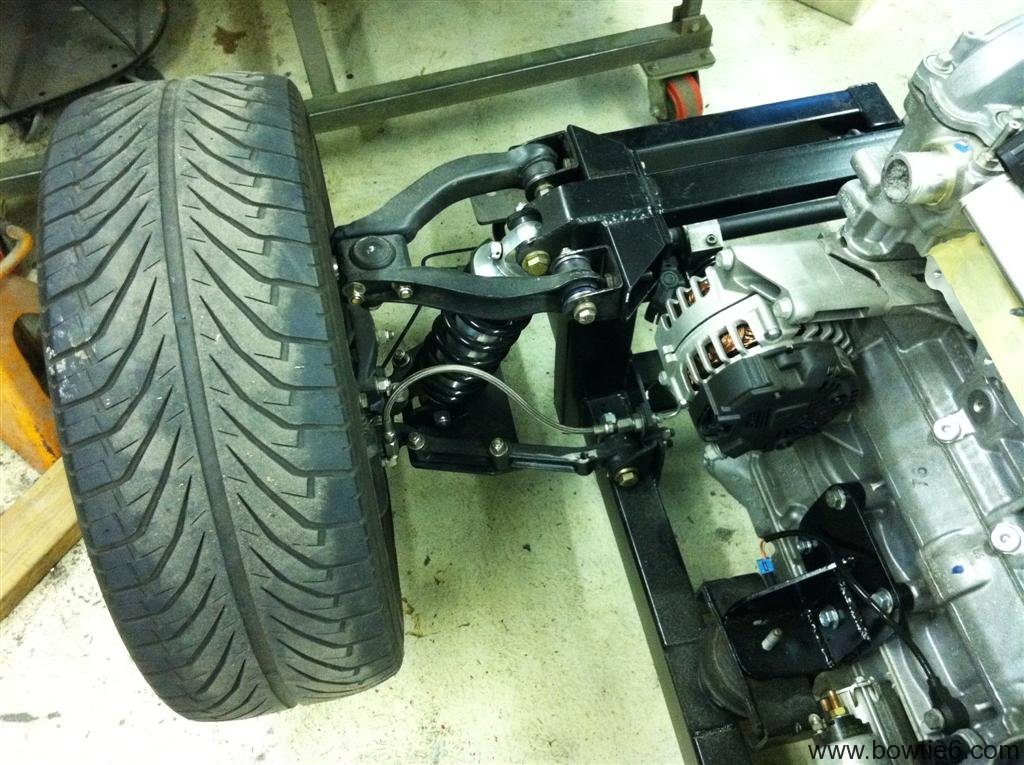 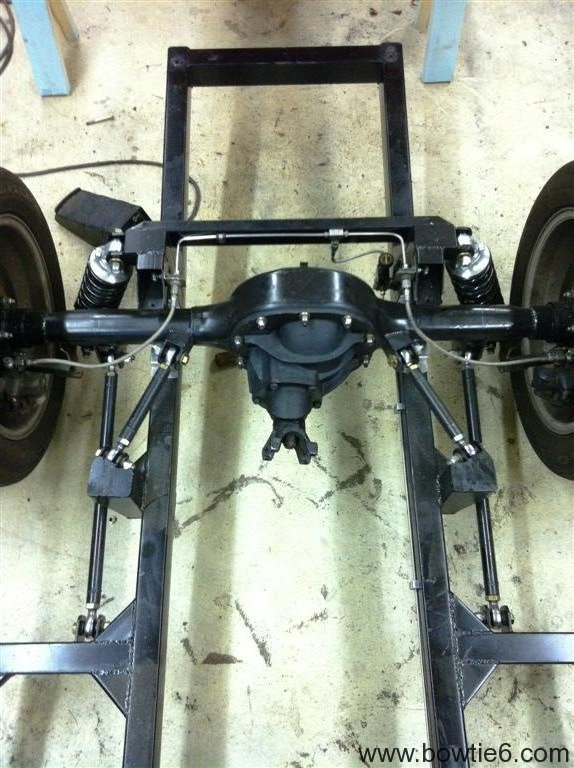 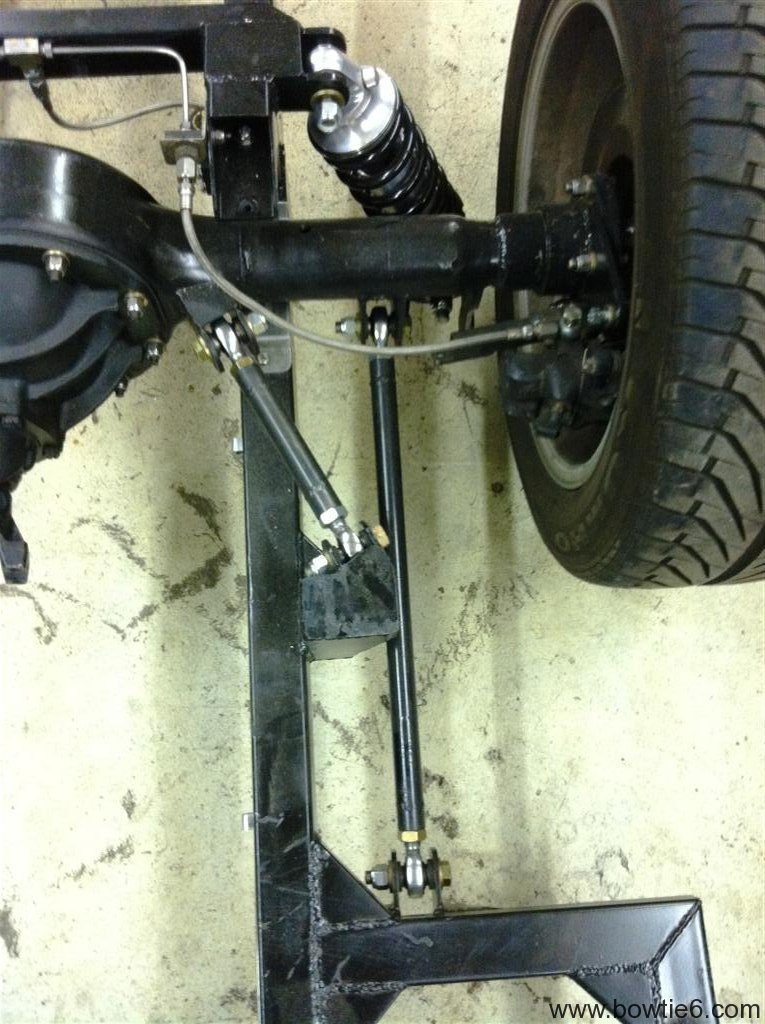 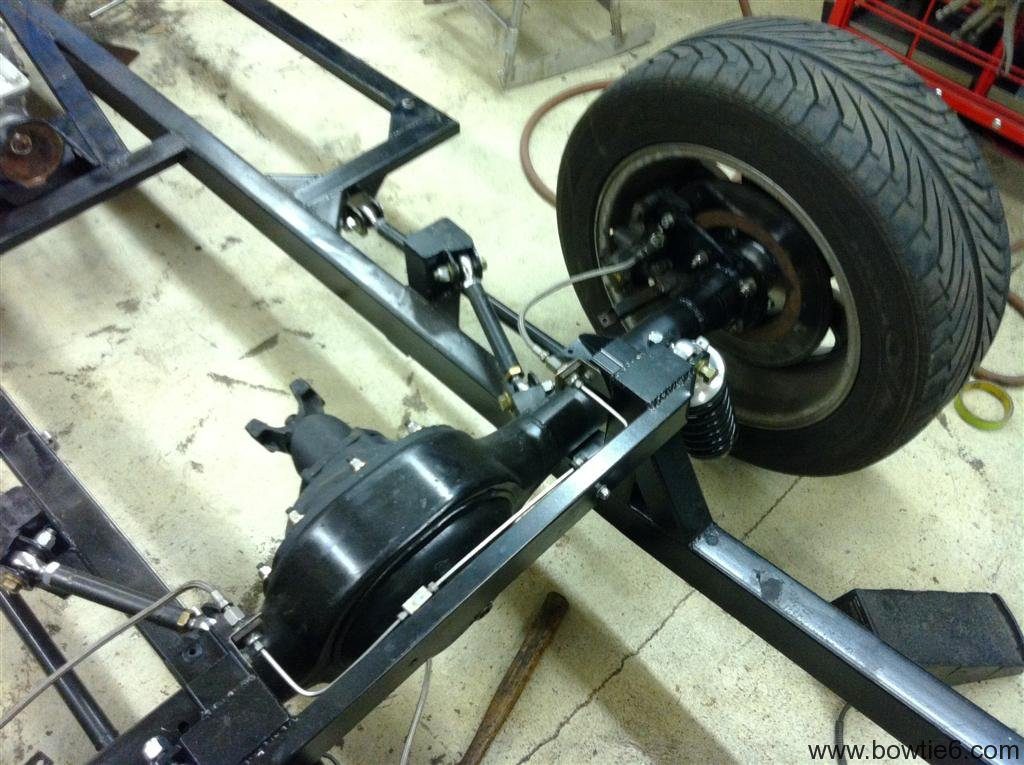 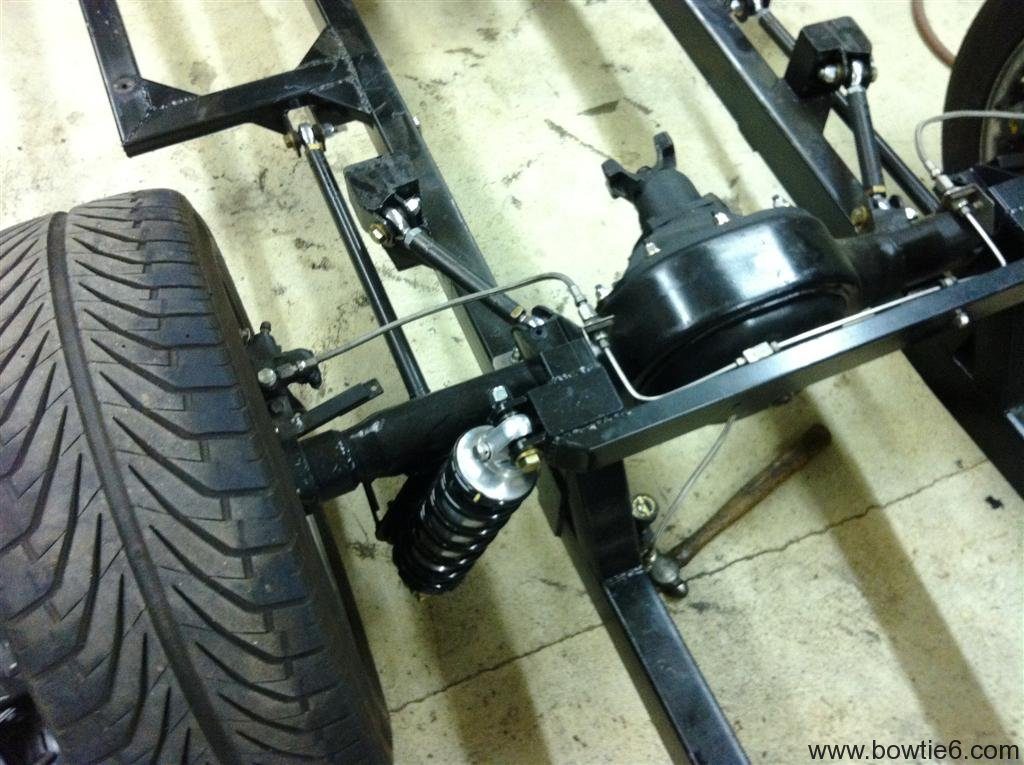 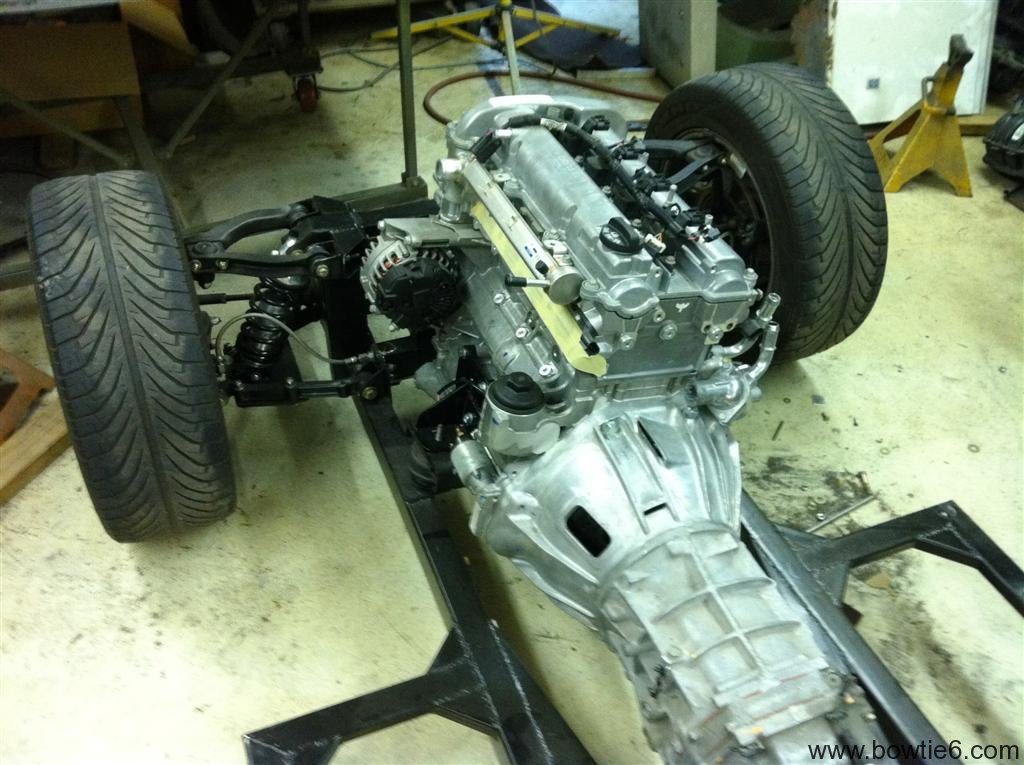 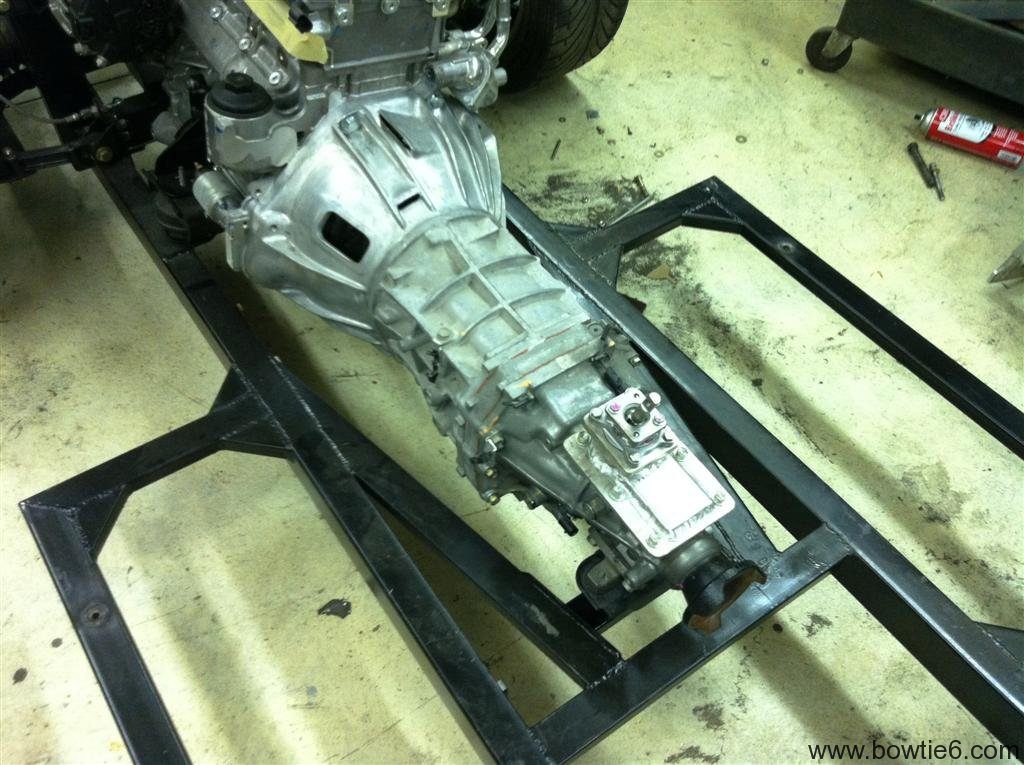 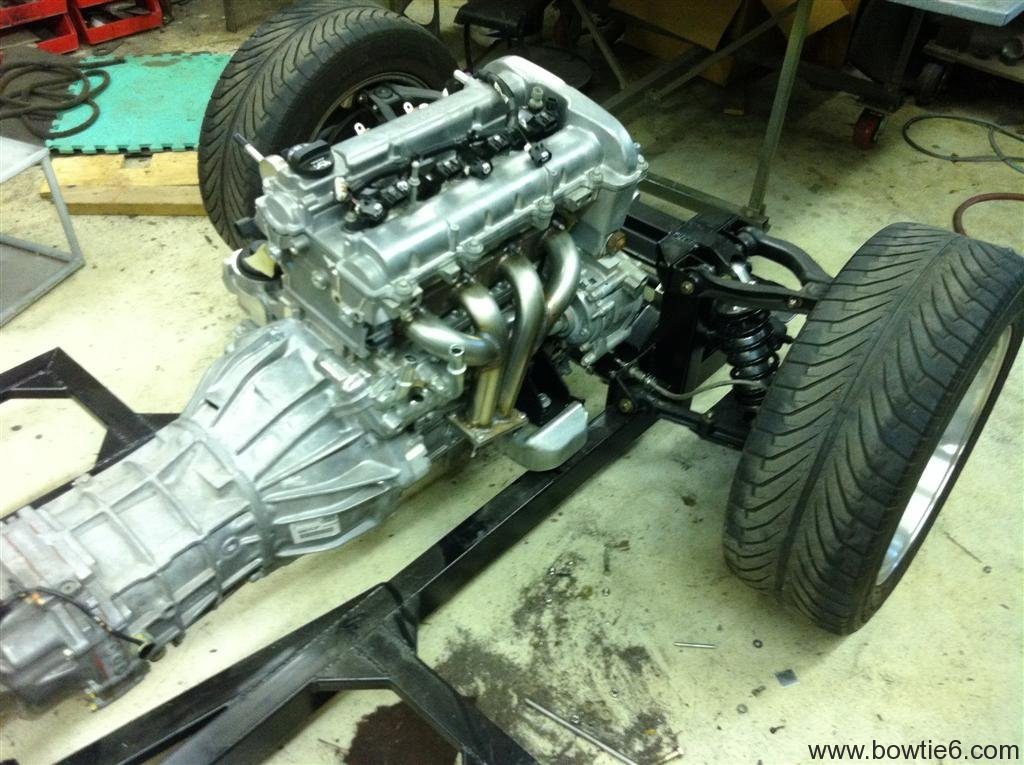 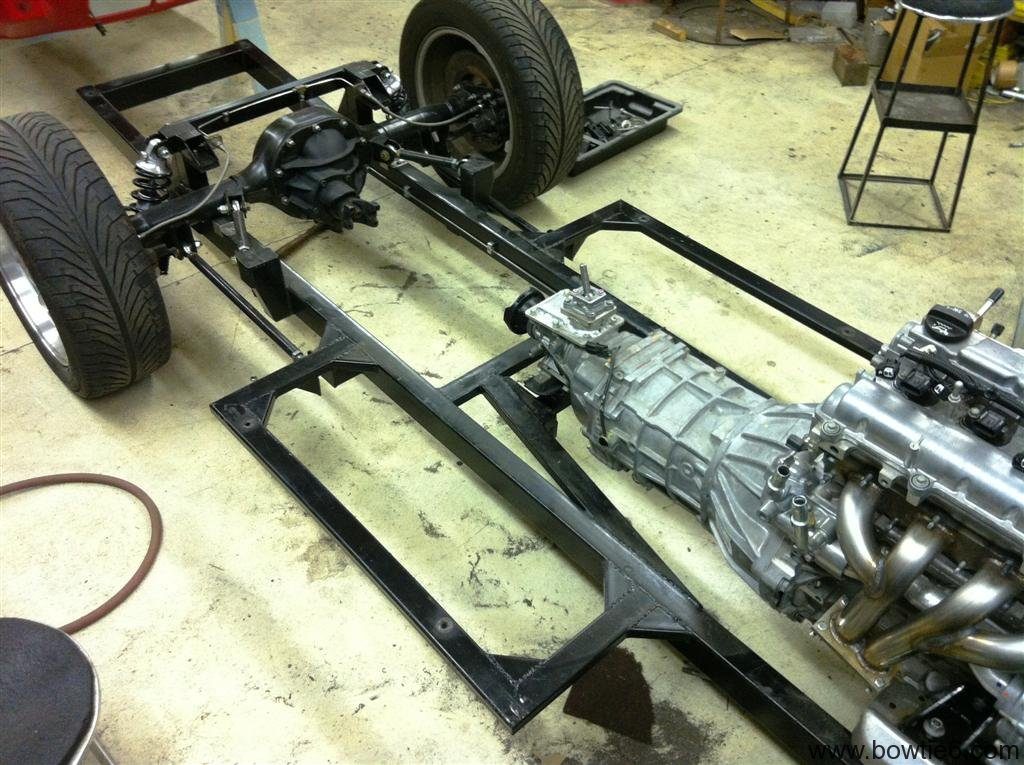 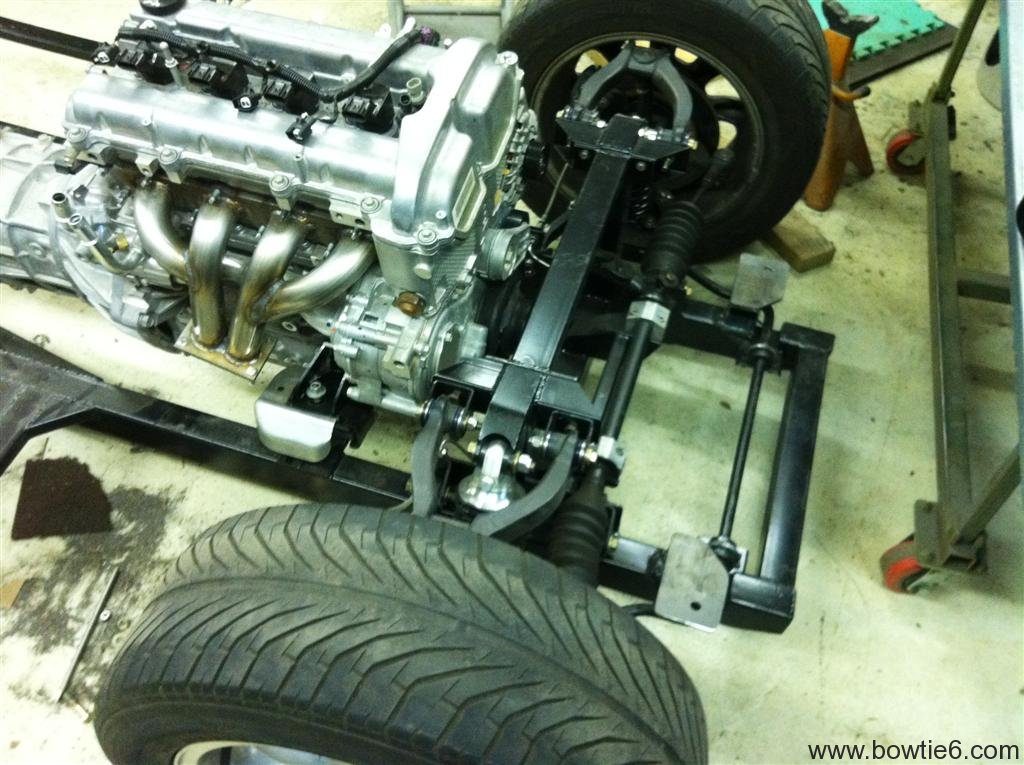 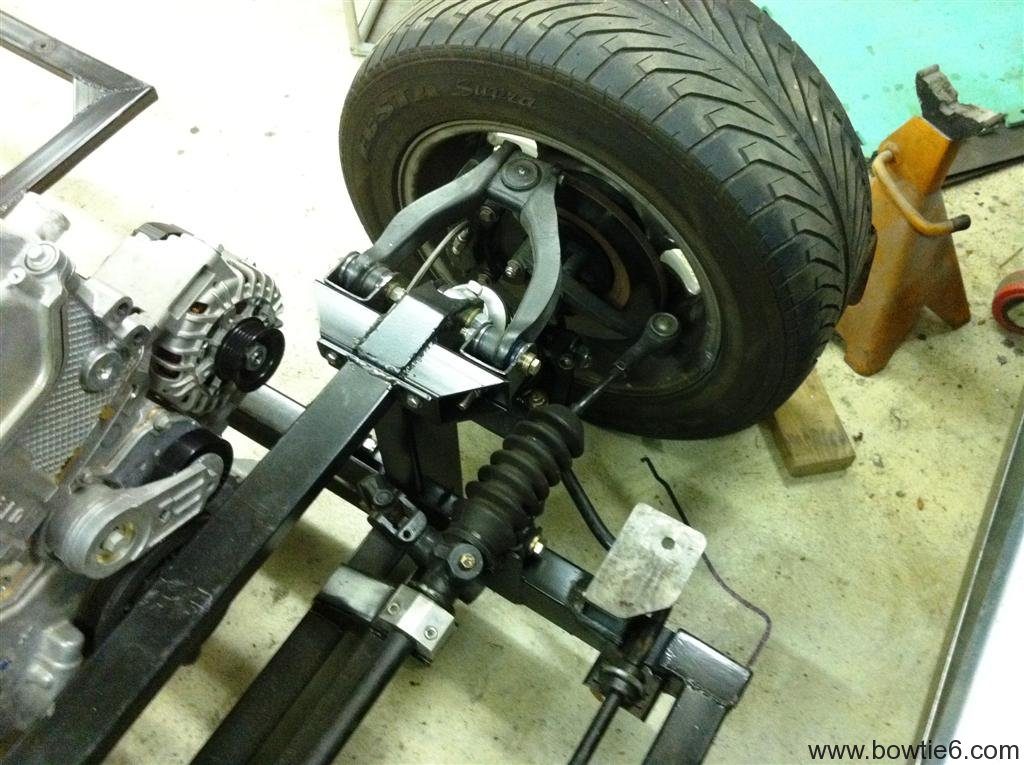 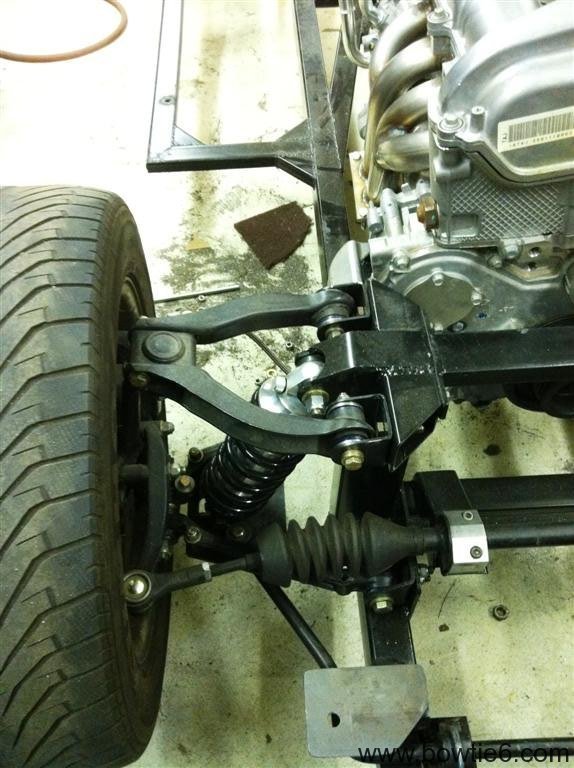 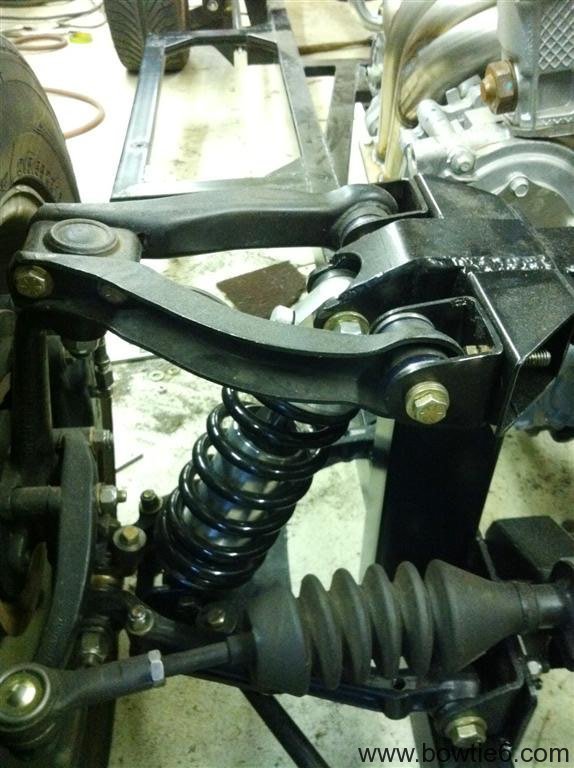 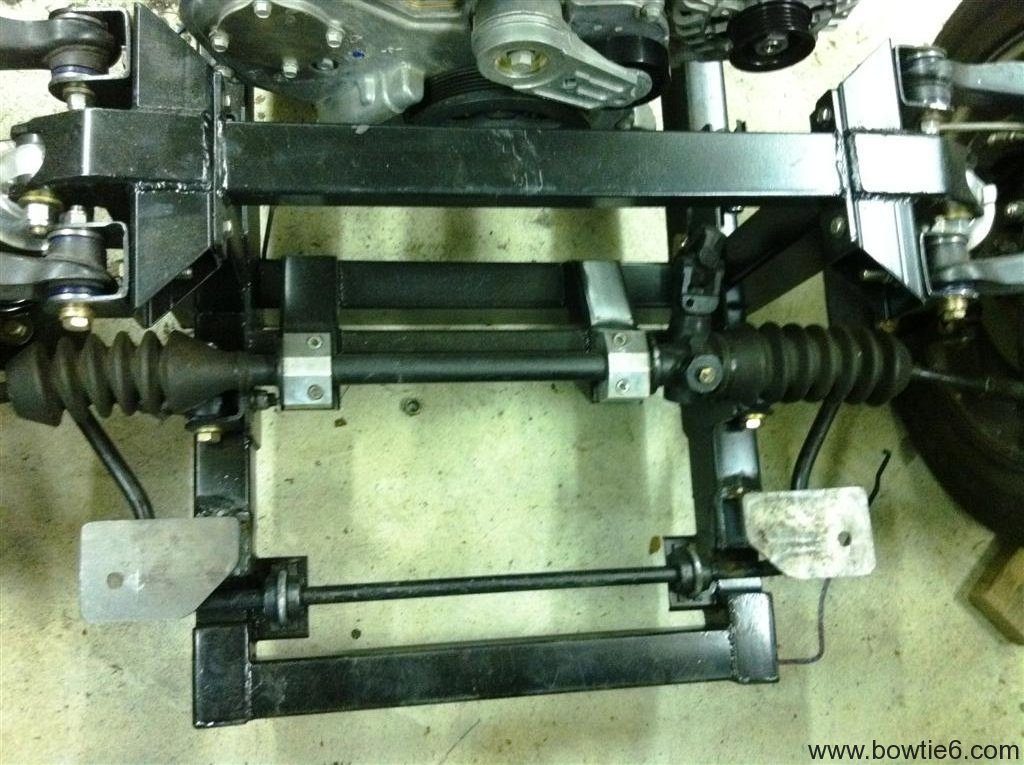 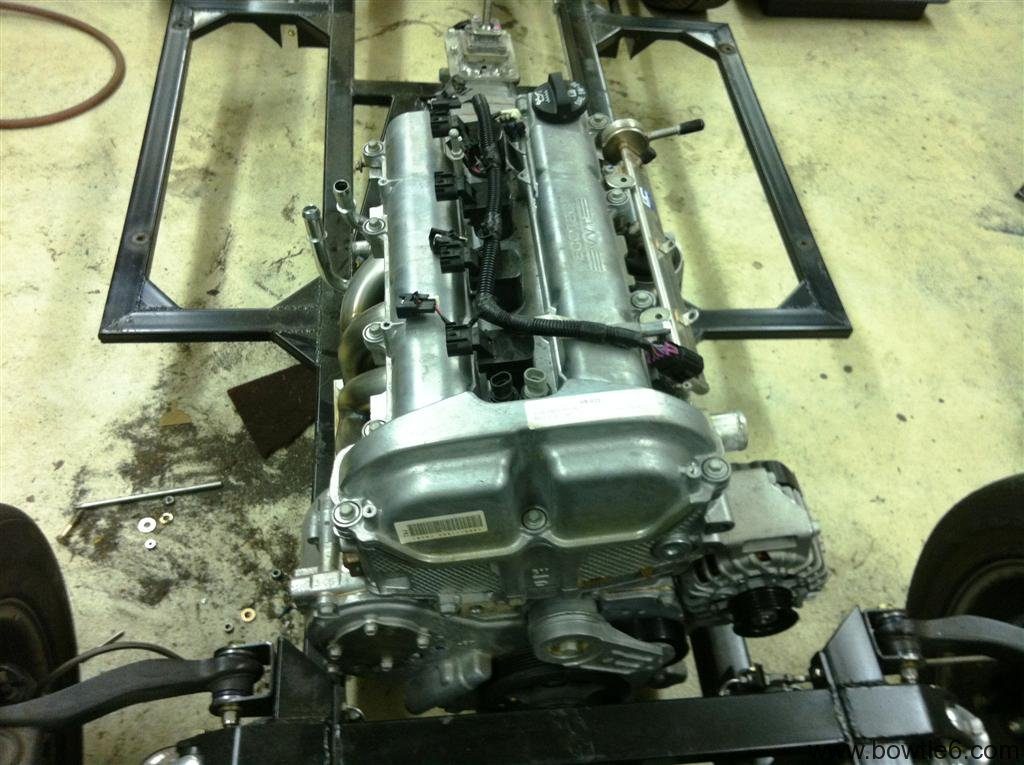 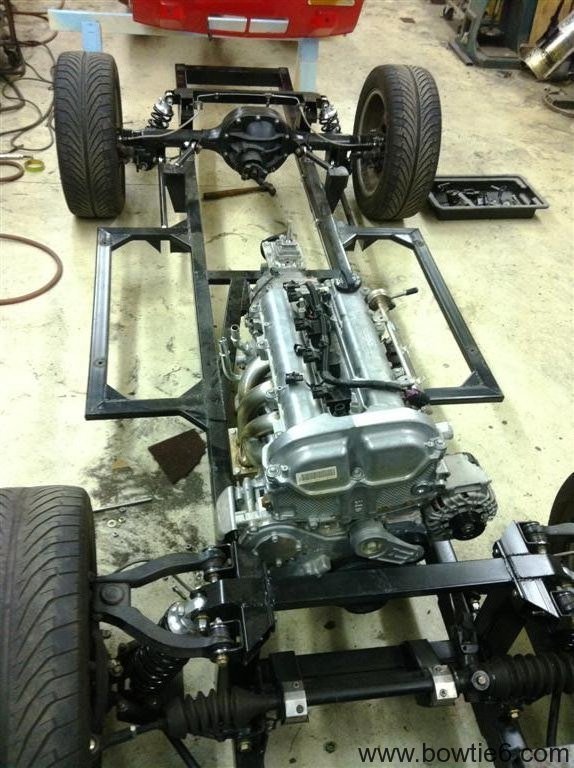 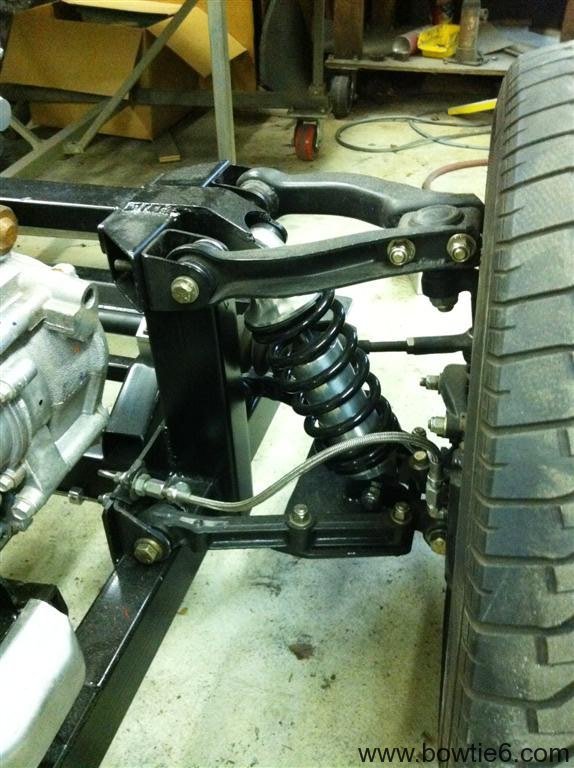 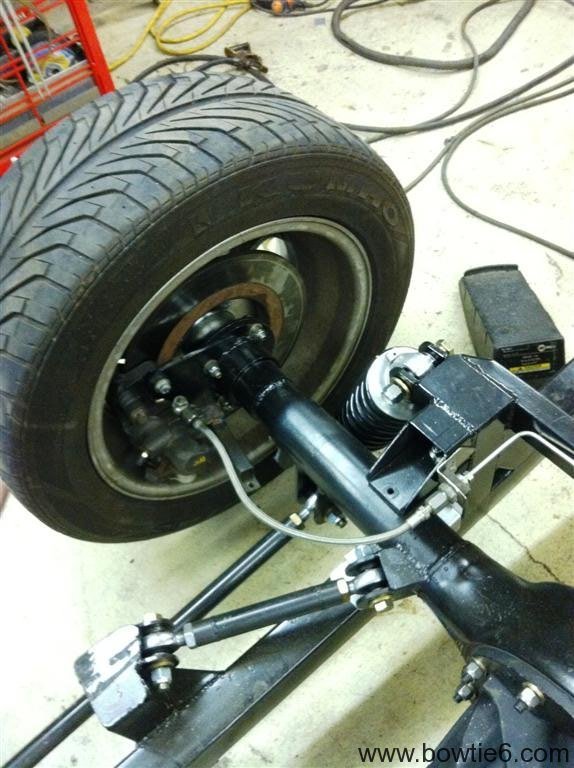 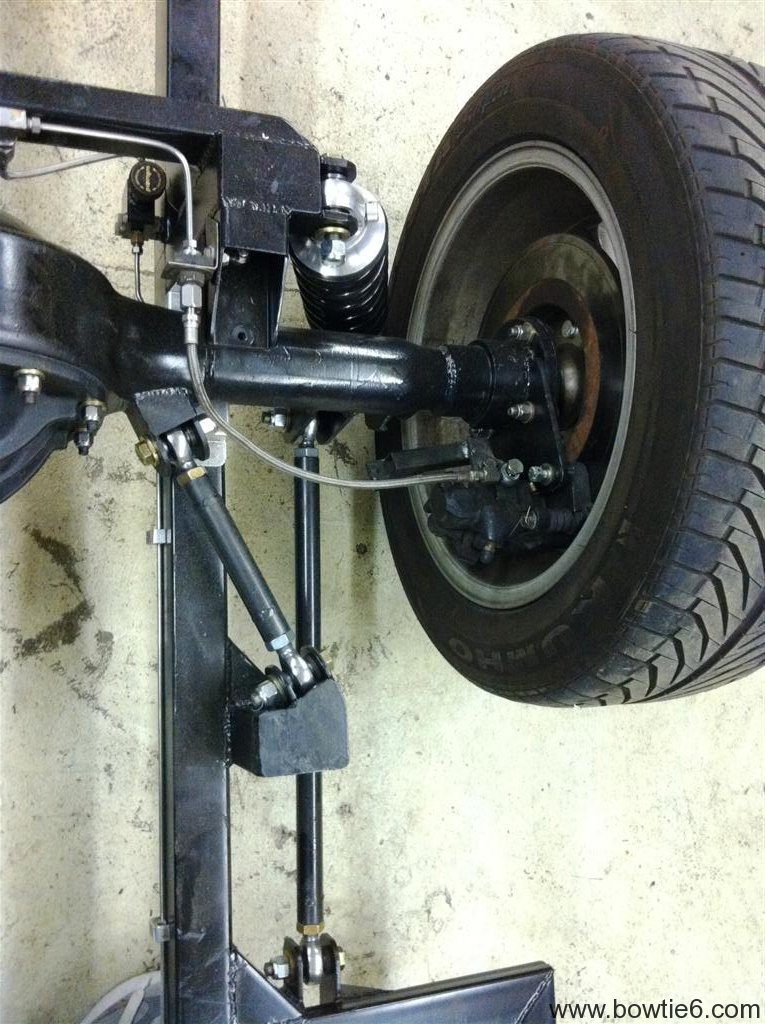 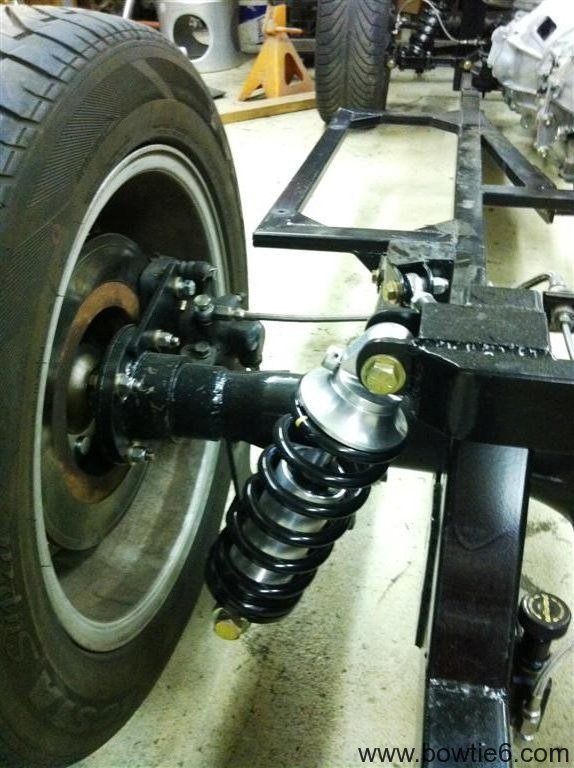 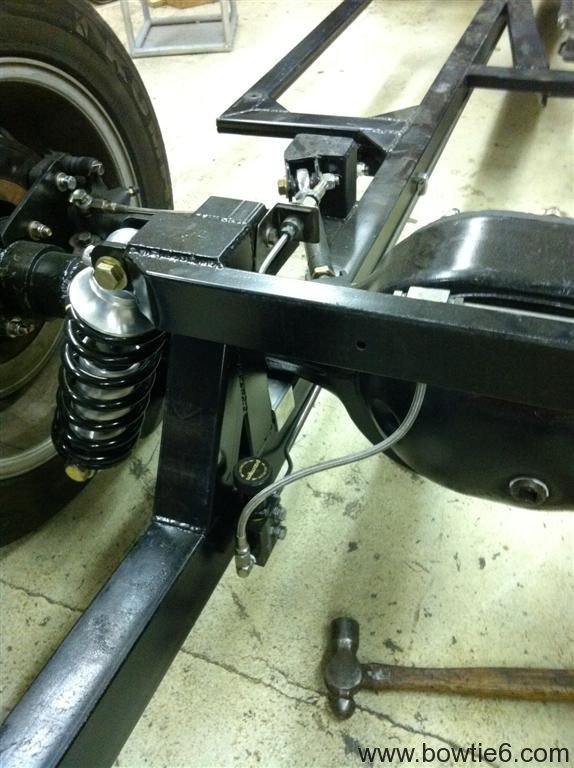 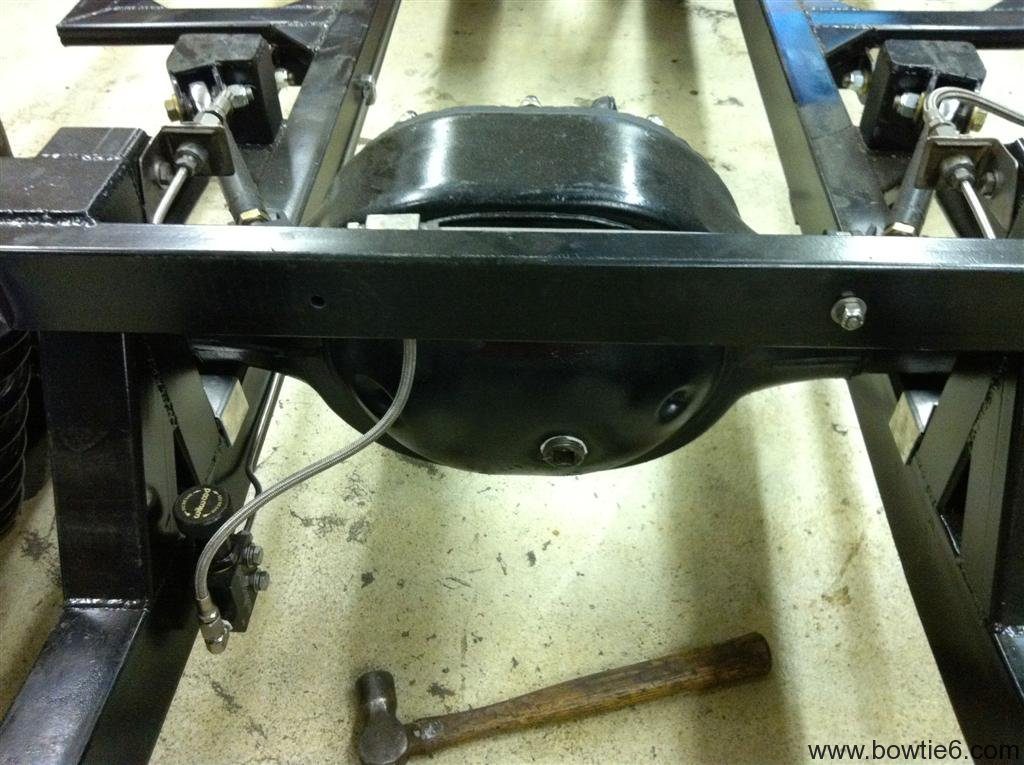 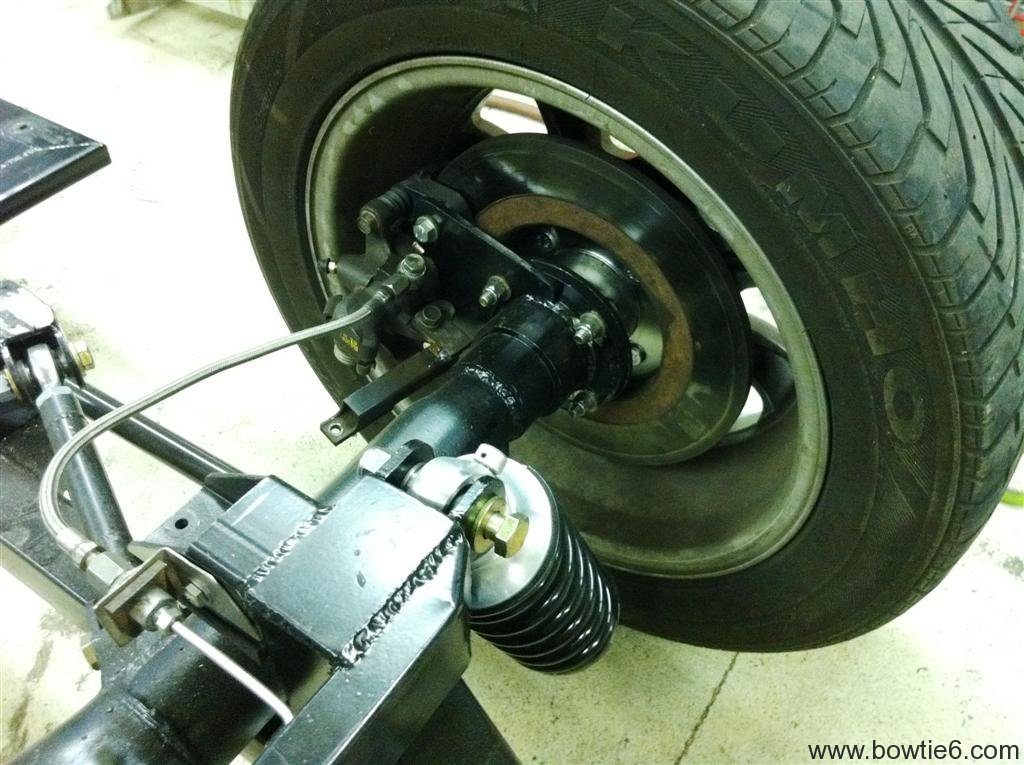 bowtie6‘s ECOTEC permanently met the new AISIN 5 speed Solstice gearbox.  It took some doing to get the right bolts because they were not supplied with the Mallett “take out” engine.  But, after some searching, I found the nine metric bolts that hold the two together.  Here are some pictures (and a little extra) of the event.  The clutch actuator has been installed, the only thing missing is the special metal pipe that fits on the side of the hydraulic actuator.  This pipe will be modified so I can use my Camaro clutch master cylinder.  I’ll pics on that later.

BTW, the header you see has all been hand made from stainless tubing.  The bung for the O2 sensor will be on the other side of the flange.  Take a look: 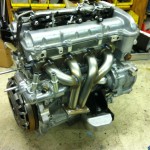 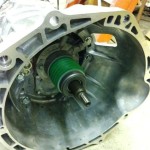 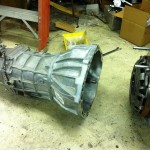 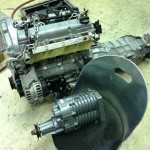 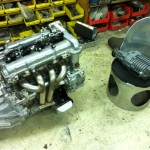