I put some 15,000 trouble free miles on bowtie6 powered by the V6 conversion we did several years ago.  The car performed flawlessly, surpassed my expectations and not once was it ever a disappointment.  Not even from the start, on the contrary:  from day-one I have been very proud of my car.

Not wanting to keep the engine ‘stock’, I started doing some research into performance improvements.  Don’t take me wrong, the engine had plenty of power and torque but I just wondered “what if?”  After all, what fun is there in leaving things alone?

This is no “mid-life” attempt to produce a firebreathing monster – if that were my wish then I would be building something else altogether.  I have the ability and resources to do it, but I decided to take a well preserved TR6 and improve it.  It has been a very fun project that I plan to continue to work on and improve.

bowtie6‘s 3.4 V6 came from a ’95 Camaro so out of the box it is a few years old.  I had it dynoe’d the first time and it produced 150hp at the rear wheels.  Not bad for a ‘stock’ V6 with fifty-some thousand miles on it.  I could have left it there and just driven the thing forever putzing around town like an old fart, but that would be no fun at all.  I had proven the concept was sound:  I had an extremely reliable TR6 that did not leak, had no “issue” to speak of and in which I could drive anywhere, anytime with no second thoughts and no assortment of spare parts in the trunk.

Modifications started with a hot cam and roller rockers.  I already had headers so we modified the intake in order to let the engine breathe as well as it let exhaust gases exit.  The car went to the dyno again, this time producing roughly 170hp at the rear wheels.  Then, we found a brand new set of heads which I had ported, polished and flowed.  I also ported the upper intake manifold and bolted an LT1 throttle body.  It was expensive but I wanted to break the 200hp mark.  Along with the ported heads came an adjustable fuel pressure regulator that helped fine tune the already larger injectors.

Third time to the dyno:  this time we produced slightly above the 200hp at the wheels mark.  I had achieved what I set my goals for.  The difference was indeed palpable and made for an even more fun TR6.  However, this proved to be too much for the tired factory Triumph frame made of 10 gauge materials.  This resulted in a frame failure (which I have discussed previously) and forced a review of the foundation beneath bowtie6.

I did not want to ditch the car because I have quite an investment in it.  The frame was un-repairable so we made the decision to make a new frame.  My cousin Jim’s TR4 was nearing completion with a similar frame.  Soon after I had a chance to drive it and see what a new frame and ECOTEC power would be like we had more data to allow a good decision to be made.

So what was it like?  No, it did not “blow the doors off” my V6 powered TR6.  Jim’s TR4 is lighter than my TR6 giving it an edge.  The ECOTEC is a fantastic engine and has way too many advantages over the V6, even with all the improvements we made.  For starters the ECOTEC is lighter and incorporates much more modern features.  The engine has a huge rev range and offers fully tunable ECM vs the opposite for the V6.  Power wise my fully tweaked V6 is matched by the stock 2.4 ECOTEC.

Back to the frame.  Again.  At first, I had a notion to use the V6 in the new frame.  Add that to a solid rear axle with positraction and a robust frame and I would have been in business back on the road.  But no.  The V6 had reached the end of what I could do with it.  Furthermore, I found an ECOTEC with only 4 miles on it (I’ve written about this here before) so using that over the V6 was a mute point.  There is no compelling reason to go with the V6.  Also, supply of V6’s in junkyards getting smaller yet I am told new crate V6’s can be had for $1980 delivered to my house.  Point taken.  Then again, I have $2000 in a 4 mile 2.4 ECOTEC and that includes a 4 mile AISIN five speed gearbox (last time I checked, crate engines don’t come with gearboxes).  I also own a 2.2 ECOTEC that I paid $500 for and will be in my next project.  Truth be known, Jim’s car was initially powered by  a 2.2 ECOTEC but we realized the 2.4 would be a better choice.  So no matter how you slice it, the ECOTEC proved to be my best choice.

Very soon I’ll have bowtie6 back on the road.  It has evolved through the years.  It has been featured in magazines, won awards and I have received a huge amount of compliments which I am very grateful for and I graciously accept.  bowtie6.com has been hit from every state of the Union as well as from many countries around the world which shows me there are some folks that find this collection of words somewhat entertaining.  Along with the good, I have also had many negative comments ranging from “why did you do it?”, “it is ugly”, “it is not original”, to “your car is a complete abomination”.  I am very grateful for those too.  I fully accept this is not everyone’s cup of tea (that seems to come up a lot too, I guess it is a polite way to say “I really don’t like it”) and that is all good.  Bottom line, latter comments are the ones that make me grin and reinforce the fact that I did the right thing!!!

It is funny though, that I have taken my TR6 to non-LBC events (read street rod events) and not once has it ever been looked down upon.  Matter of fact, folks not only know what they are looking at but also compliment our efforts.  The LBC folks though are something else:  many turn their noses up and walk away, others shrug their shoulders and walk away and others give me strange looks and walk away.  But, in fairness there are some that do appreciate the work, don’t walk away and ask questions.  I’ve met many folks that way that have been very gracious.  The ones that are not gracious, well…  They are fun to meet too.

The truth is in the pudding.  My friend Mike likes to restore TR’s back to stock form.  We have a nice “agreement to disagree” thing going on, but it is all in good fun.  I’ve driven his stock TR’s and see why folks would want to keep them that way.  But then, when I get behind the wheel of one of ours…

…and suddenly I get a big grin on my face and know this is the only way to go.  If only folks could ride in our cars before they make “remarks”, they would see why we like them so much.

For what I have in bowtie6 in time, resources and effort probably I could have a newer car (I’ve been told that too, “why didn’t you just go buy an brand-x or brand-y car?”) but that would not have given me the chance to experience all that I have written about bowtie6.  I know the answer is a bit of a cliché:  it is priceless!

Today’s story is about an MG Magnette that my cousin Jim Thompson worked on some time ago.  Basically Jim worked on some of the body work (mainly the firewall) that needed to be done in order to fit the drivetrain.  The engine is a 60 degree V6 fitted with an automatic GM gearbox.  The front brakes have been uprated (a bit) however, the rear brakes are still “original” drums.  The car was at Jim’s shop for a few tweaks.  I had a chance to check it out over the weekend and took a few pictures.

Here is the Magnette from the front.  The grill has been modified and a stainless mesh has been used a la Jaguar.  Interesting – looks good actually…  Nice touch! 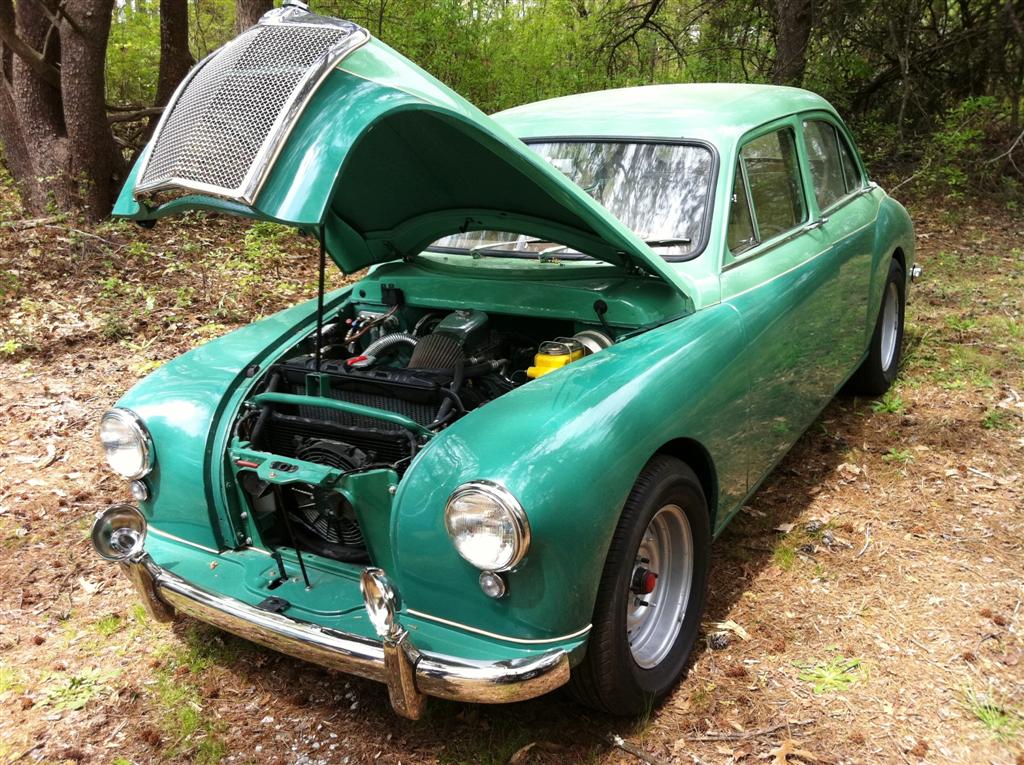 However things go south really quick from there…  In the next picture you can see what I mean: 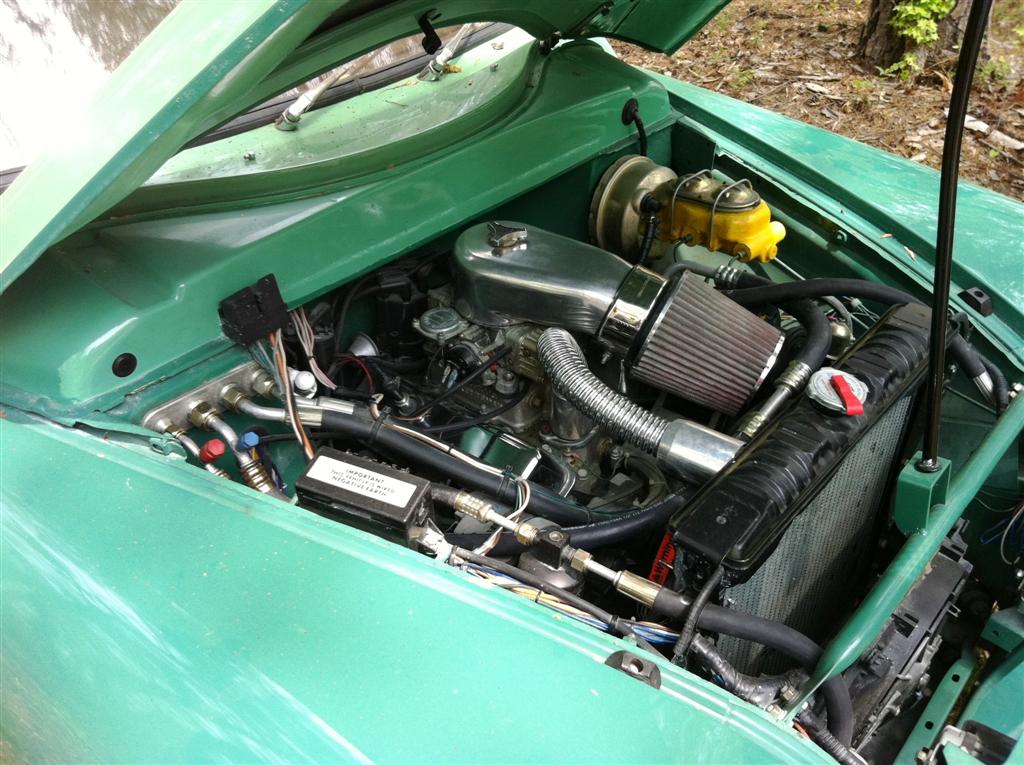 Unfortunately, the V6 has had a carburetor installed rather than EFI.  Too bad.  A lot of work went into this build, but unfortunately the carburetor is very dated and the full potential of the engine cannot be achieved unless you go EFI.

And that’s the way it is…

The engine formerly installed in bowtie6 was a 60 degree 3.4 litre V6 as originally fitted to 1994 GM F-bodies (Camaro/Firebird).  The engine was in its stock configuration to begin with, however during the 4 years I’ve had it installed I’ve done a number of “improvements”.

I’ll start by describing the unusual intake manifold.  The original manifold on the stock 3.4 V6 is very restrictive.  The throttle body and runners are very small.  My cousin Jim Thompson is a professional machinist and he can do wonders with a milling machine, lathe and a welder.  So we decided to do a little experiment…

First, we cut off the nose of the original stock intake manifold.  Then, the manifold was chucked on a Bridgeport milling machine and a few passes with a large endmill were made.  This exposed the intake runners and we were finally able to see just how small and restrictive they are.  So, the runners were further machined and cleaned up.

Basically what we ended up with was the bottom half of the stock intake manifold.  Pieces of aluminium sheet stock were cut and carefully tacked to the bottom half of the intake manifold.  Soon, a more even and much larger upper plenum was formed.  Seams were welded up and some trick work was done with a file to shape the edges and make it all look seamless.  I think the end result turned out really nice.

Then we replaced the small throttle body with one from the legendary LT1 V8.  The LT1 throttle uses twin buttlerflies and thus can keep up with the extra volume of the new intake.  Fortunately, the LT1 throttle body also uses the same type of throttle position sensor and idle air motor as the V6 does, so the ECM recognized all this without throwing codes.  The intake is also made in such a way that the MAP sensor still mounts to its original location and is connected to the intake via a small rubber hose.  Finally all vacuum lines are located in their factory locations.

So why go through all this trouble?

The end result is pretty impressive:  Throttle response is amazingly quick.  With the collection of engine modifications, the engine does not run out of breath as much as it used to.  Also, the engine revs in a much smoother way with a higher redline.  One could argue that some lower end performance was sacrificed for a much nicer middle and upper range.  Sure.  But when this engine pulls a 2200lb car (instead of 3500 as in the F-Body) that is a very acceptable trade off. 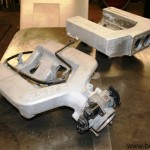 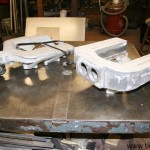 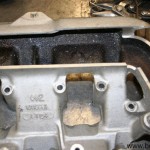 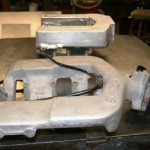 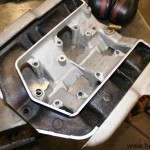 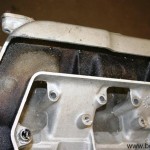 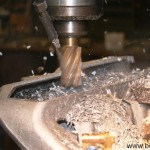 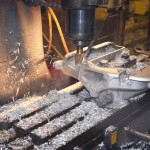 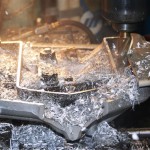 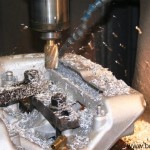 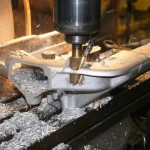 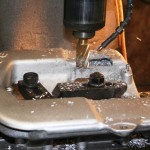 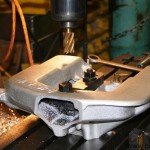 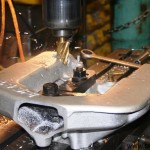 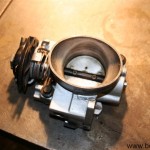 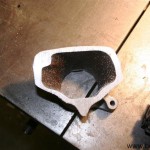 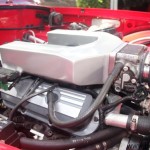 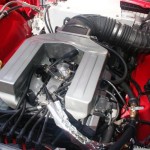