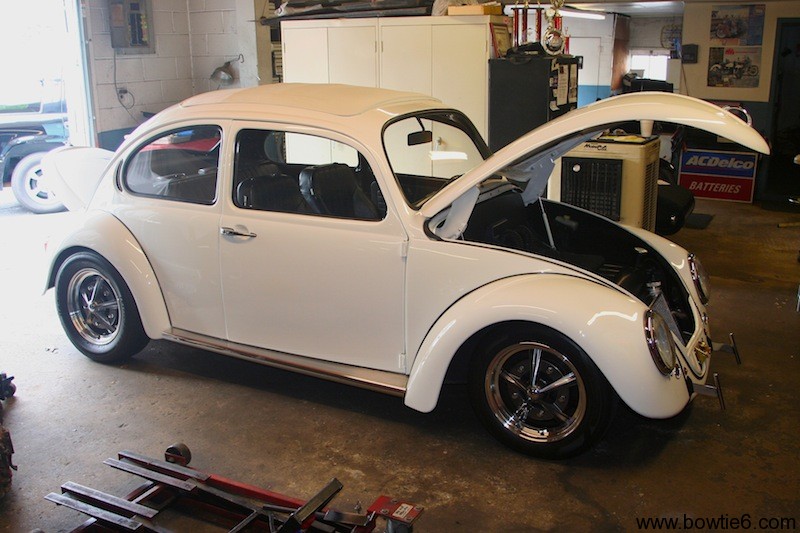 Standing a few feet away from this white Beetle one would have no idea what lurks behind the flawless white paint.  Turns out this is an excellent example of a Volkswagen Beetle Subaru engine swap.  The interior is equally as clean as the exterior and check out that awesome rollback top, which incidentally is not original to this body shell.  It was grafted in from an older donor car.  The wheels are also very special – they feature a five bolt design and from what Steve – the owner – told me, are quite rare. 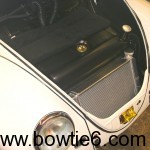 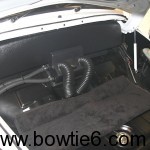 This Beetle’s nose is a little unusual (see pictures above).  For starters, it has a nice heater mounted in front of the firewall.  Second, there is a Griffin radiator (similar to the one in bowtie6).  But wait a minute!  Beetle’s aren’t supposed to have heaters that keep you from freezing nor do they have radiators.  What is this all about? 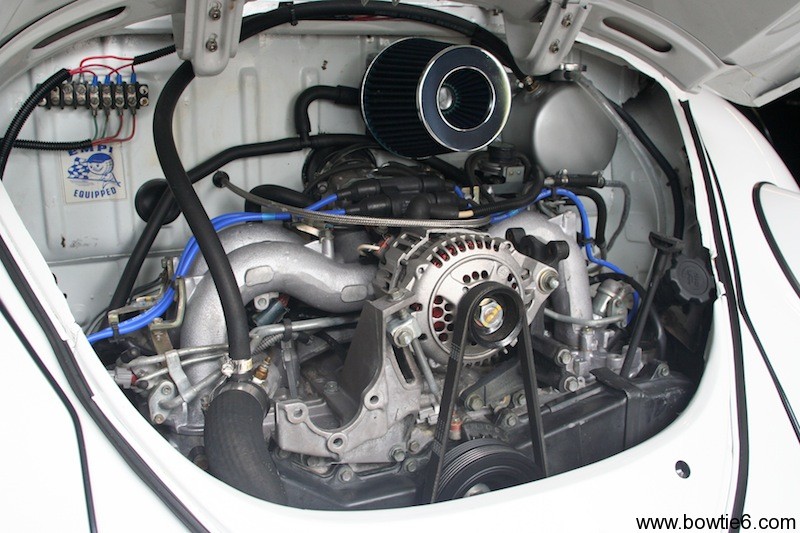 Turns out this virtually unassuming bug is powered by non-other but a Subaru boxer engine.  This is the four cylinder variant and it has been bolted by means of an adapter plate to the beefed up Volkswagen transaxle.  According to Steve – the owner, who also built the car – the coolant lines are routed through the former heater ducts.  Once he wired it all up, the Subaru engine fired up and Steve told us this bad boy will smoke tires in first and second gear.  He said it is extremely quick and gives him some awesome gas mileage too. 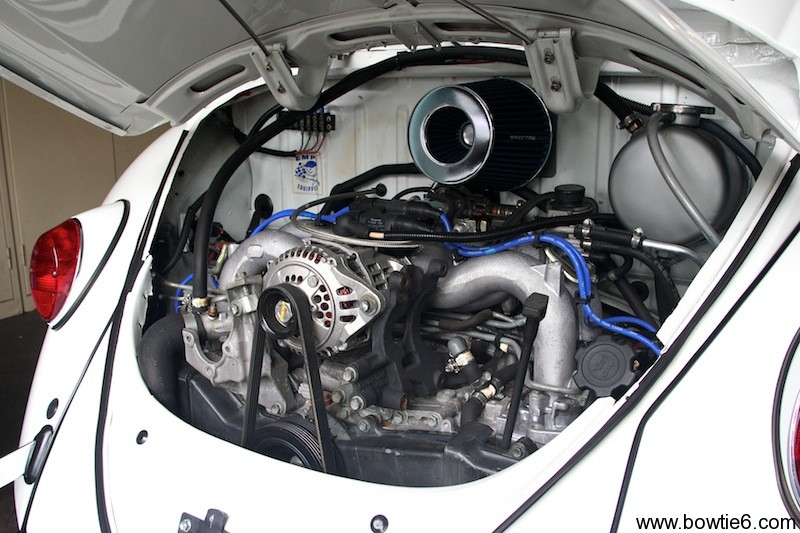 Here is another shot of the engine.  What is so remarkable here is the whole package just “fits”!  Steve told me he had to make some alterations to the firewall and there is a small cut around the edge of the trunklid opening near the rubber seal.  That had to be done in order to gain access to the oil filler cap. 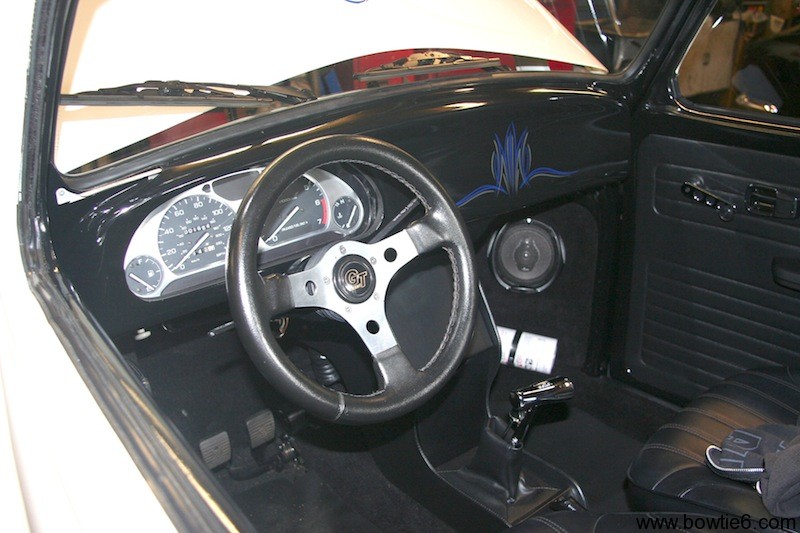 And one last picture…  This is what the interior looks like.  Oh and both the hood and trunk lid have been treated to the same cool pinstripe work as the dash.  Overall this is one hell of a nice Volkswagen Beetle.