In the Whiskey-Tango-Foxtrot department today, we have the following Ford 6×6 Custom Supertruck: 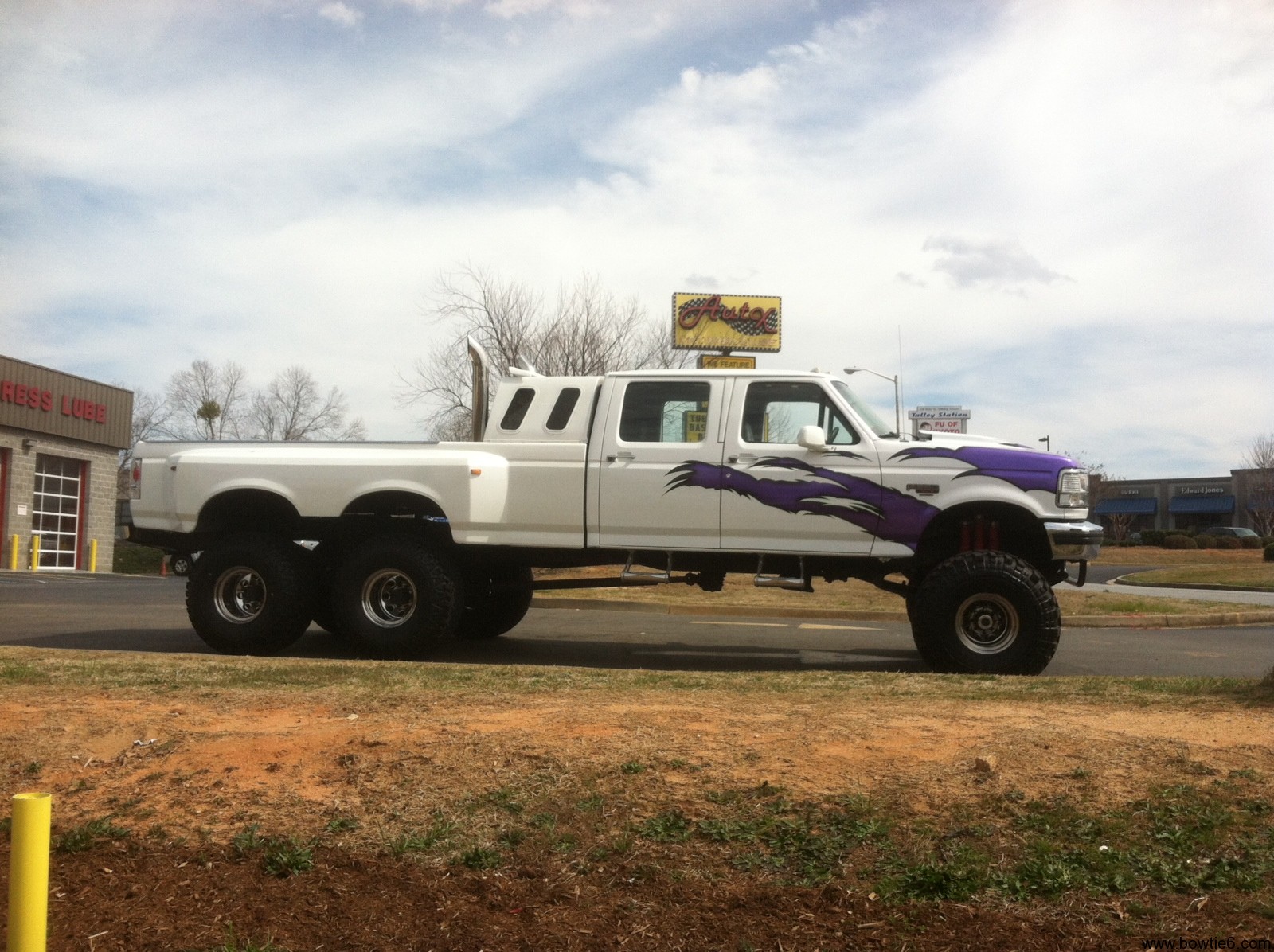 My friend Barry A (who also owns the awesome Chevy Cameo) sent me the above picture via text the other day.  Holy crap on a Ritz!!!  Imagine being at the controls of such a beast.  Barry said he saw this bubba-mobile outside a local SubWay in Simpsonville SC.  This is not the only time this Ford 6×6 Supertruck makes it to the interwebs – there was an article in Jalopnik about it.   Dayum!  I suppose this bad boy won’t make it past 4 or 5 MPG’s.  Imagine the racket those massive tires must make.