The current issue of Hemmings Classic Car magazine (May 2013) has a very interesting article about the restoration of a 1955 Hudson Italia.  I’ll spare all the details about the history of the Italia (click here for that), but basically this car consisted of a Hudson Jet clad with very special superleggera bodywork built by Carozzeria Touring in Milan.  What makes this car so rare the fact that the entire production run consisted of only 26 units.  There was also a 4-door prototype built, but wait…  There is more…

The article in the magazine made mention that there was one prototype built.  Indeed – some time ago, I took these pictures of it at the owner’s garage.  It took me a little time to find the pictures and since this is such a special car, I decided to post them today. 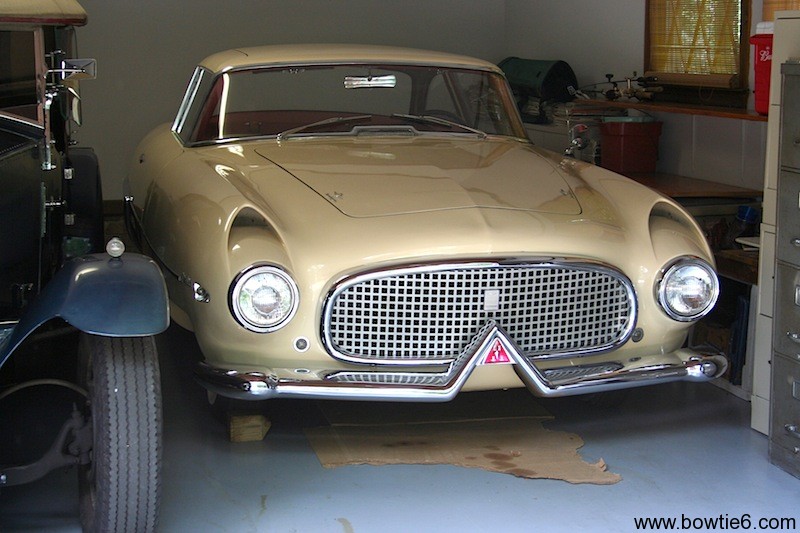 Right off the bat, you can see a couple of things that differentiate this from the “production” model.  The prototype’s grill has a different pattern from the production version.  In addition – as you can see here – the prototype is missing the “HUDSON” lettering across the nose of the car.

Want proof this is the prototype?  A closer look at the center of the grille and you see this special emblem: 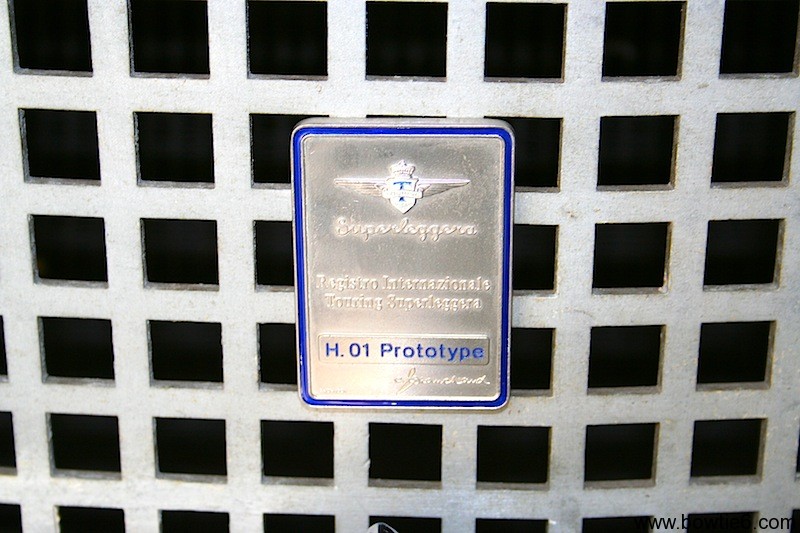 Here is another view of the grill this time with the “HUDSON” emblem on the bumper.  This emblem did make it to the production version. 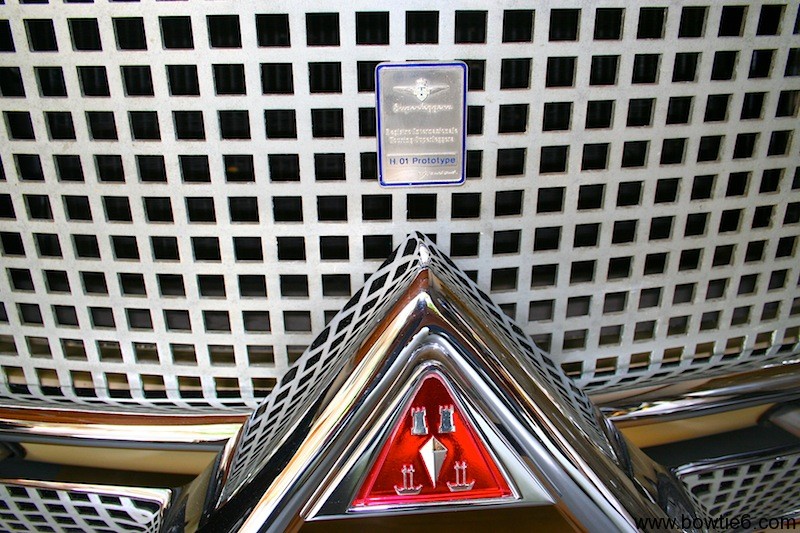 Stepping back a little, the following picture shows just how intricate the front bumper is.  The article in the magazine talked about how painstaking it was to restore the bumpers on the featured car.  Given this is the prototype and it is nearly 60 years old, the chrome is remarkably well-preserved… 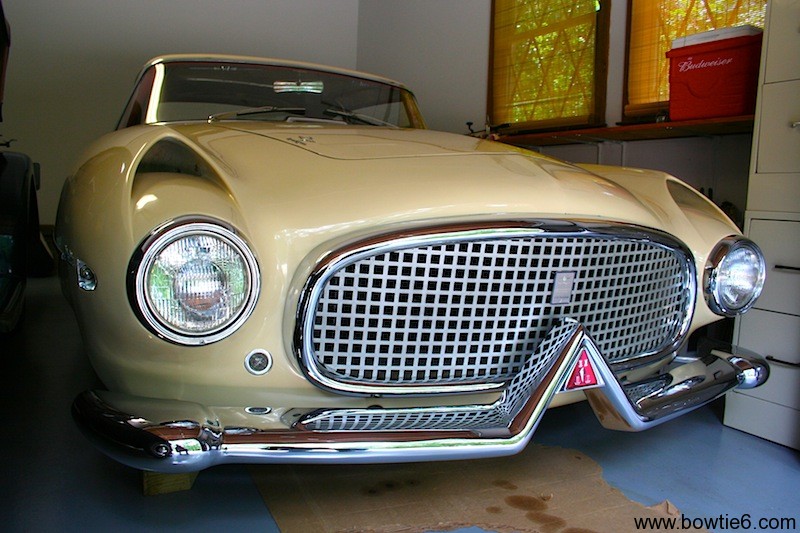 Moving back towards the back of the car, this is what the back and interior look like: 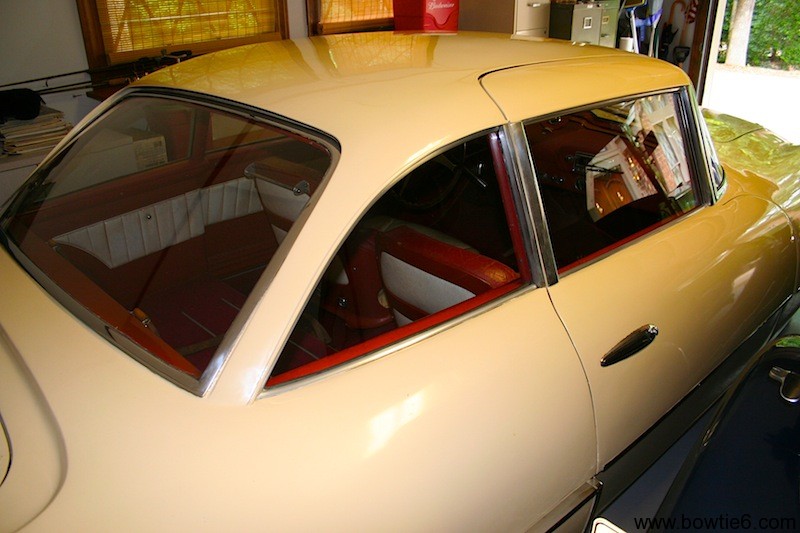 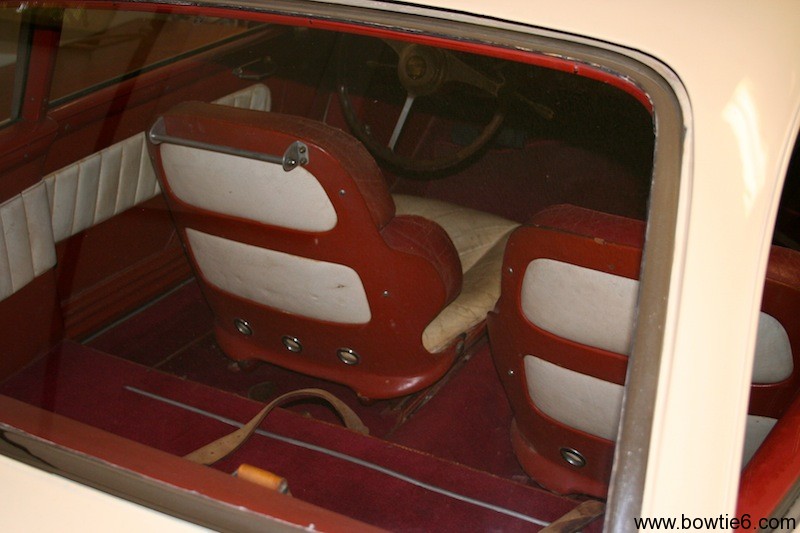 The red and cream leather interior as well as the carpet don’t look as good as the chrome – they show some wear, but given this is the original prototype it would be really bad (in my opinion) to “restore”.  I suppose to each his own, but this car is just to valuable.

Another difference from the production model is the rear tail light design.  This is what the prototype looks like: 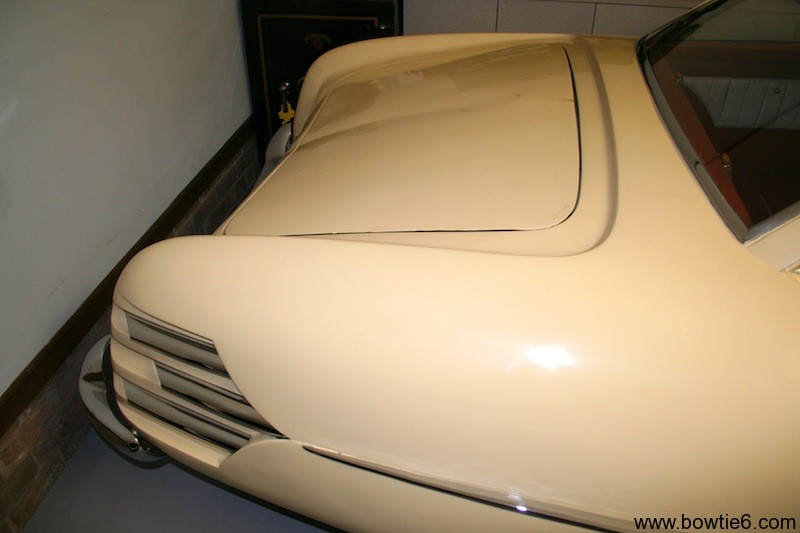 The three “tubes” house the rear tail lights.  In the production model, these three tubes are equal in length – here as you can see, the middle tube is shorter.

I remember when I saw the Italia up close, if you looked hard enough you could see that this car had been “hand-made”.  For example, on the nose of the car are two “nostrils” above the headlights and they were not exactly 100% identical.  I also thought the interior was really special indeed – it looked so “modern”!  Finally, I did not get a chance to take a picture of it but the steering wheel center button read “Alfa Romeo” – I guess that was a extra spare steering wheel at Carozzeria Touring that just happen to make it to the prototype Italia. 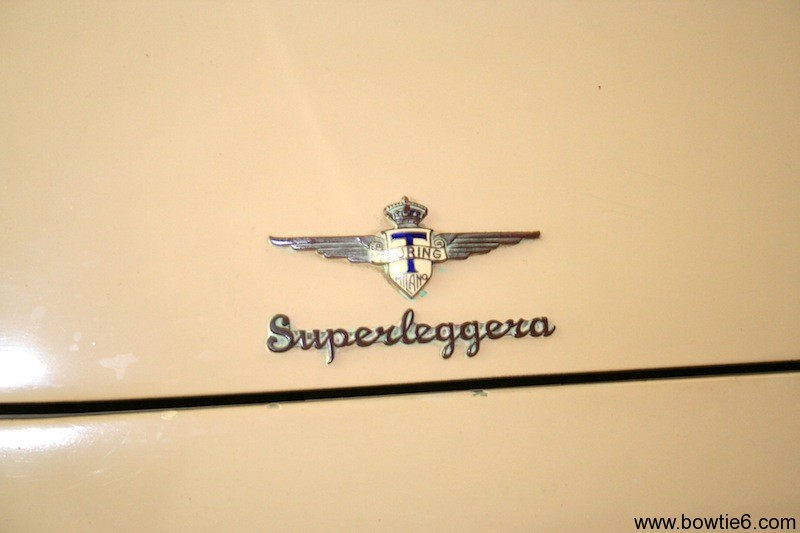 This car has also been at Amelia Island Concurs D’Elegance back in 2010.  I remember the owner had told me about that, and sure enough…  Amazing thing, Google!  I found the following photos (from supercars.net) and the last one shows that Alfa Romeo steering wheel.