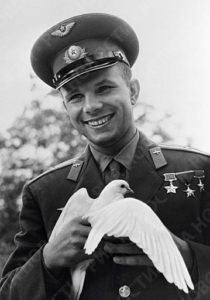 Remembrance of this historic event did not even make it to today’s network 6:30 Evening News – tragic we have elected to forget history like this.  However, space junkie that I am, this milestone will be remembered on this blog with this post.

Years later, I was lucky enough to experience at home and in school, the excitement of watching those grainy, shadowy, black-and-white images on the tee-vee of the result of what Yuri Gagarin started:  the Apollo missions.  Lucky me.  And at the same tragic.  Tragic because we seem to have forgotten those glory days. 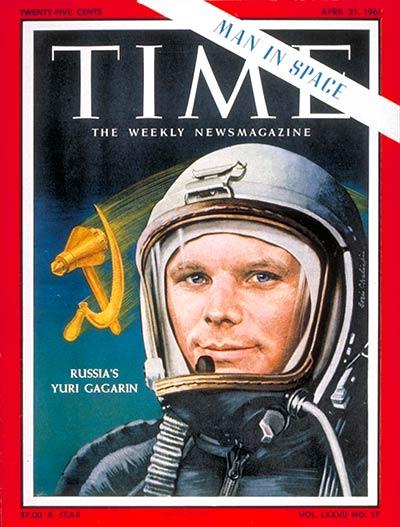 What an impressive feat the Soviet Union and Yuri Gagarin accomplished that day, fifty-five years ago today!  Gagarin even made the cover of TIME magazine!  Later, Tereshkova, Titov, Komarov, Leonov and others would follow in his footsteps.

I remember when I was in school, reading back issues of TIME Magazine, National Geographic Magazine and LIFE Magazine and those amazing articles showing the fantastic images of the space program.  Not only the Soviet space program but also the heroes of Mercury, Gemini and Apollo with the Stars and Stripes on the sleeves of their space suits.

I remember distinctly a small 45 rpm record included in an issue of National Geographic where the early space program was chronicled, including some awesome sound effects.  There was a special point in the recording where the announcement to the world of Gagarin’s achievement was made – in Russian no less.  For a young kid like me, that was just amazing.

Those were the heroes I looked up to and still do to this day.  Speaking of which, a couple of years ago I had the good fortune to listen to a talk given by none other than Buzz Aldrin.  Heroes indeed!!

One of the fascinating things from the Soviet Union’s space program was their propaganda posters.  Not sure if you are aware of them, but if you are not…  Then take some time and Google for them.  Like it or not, they are works of art – in my opinion.  This one in particular is one of my favorites… 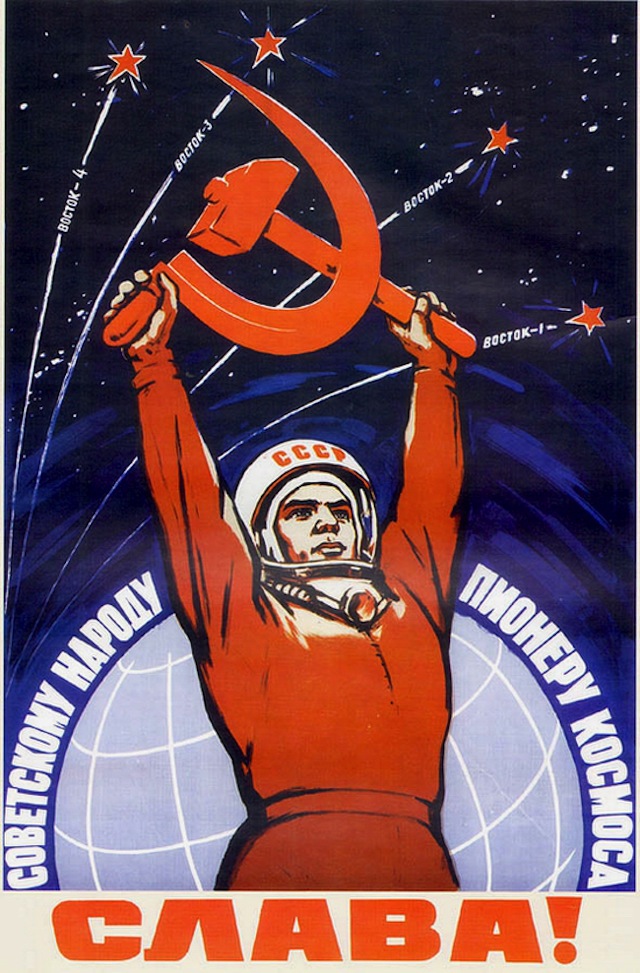 “Glory to the Soviet people, pioneers of space”

I strongly believe we would be remiss to not acknowledge the contribution of this historic event from 55 years ago.  After all, this was the spark that later resulted in that inspiring speech given by John F Kennedy in his address to Congress on Matters of Urgent Needs on May 25th 1961, where he stated:

I believe that this nation should commit itself to achieving the goal, before this decade is out, of landing a man on the moon and returning him safely to the earth. No single space project in this period will be more impressive to mankind, or more important for the long-range exploration of space.

Imagine that kind of speech in today’s politically confused times!  But I digress…

And as part two of today’s history lesson…

Yesterday – April 11 – was the anniversary of another important milestone:  You see, on April 11, 1970 at exactly 13:13 CST at the Kennedy Space Center, Apollo 13 blasted off to what would later become NASA’s “finest moment”.  As we all know, a few days later the Service Module would suffer a catastrophic failure. 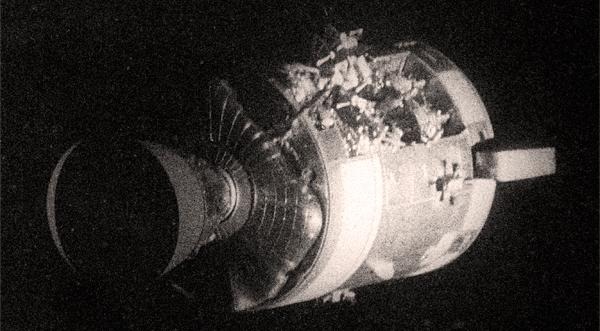