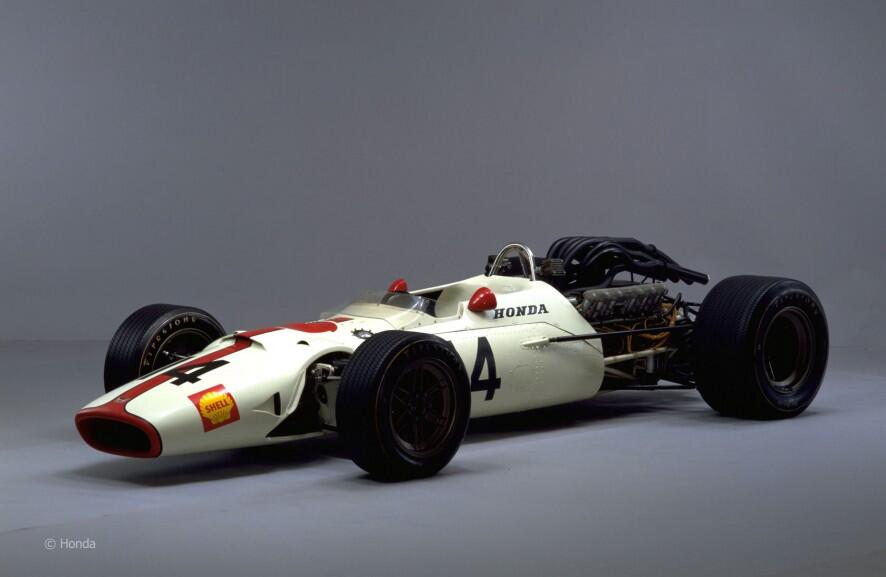 Check out the exhaust headers, isn’t that a work of art?  Somehow, I do believe that even though my Honda S2000 only has one-quarter of the cylinders, there is some of the RA-300’s DNA in it somewhere.  After all, up until just a few years ago the S2000’s F20C engine was the most powerful normally aspirated engine per liter of displacement available.

It is sad that modern Honda Motors is so far removed from their rich heritage of F1 racing as shown in the image above.  Unfortunately all Honda makes these days are mini-vans and economy boxes.

Than again…  You never know…

The planets are slowly aligning themselves again over at McLaren.  First, Ron Dennis has made a much-needed return to re-organize the F1 Team.  Second, Honda is making a return to F1 in 2015 supplying engines to the McLarn F1 Team.

So, today on what would have been the eve of Ayrton Senna da Silva’s 54th birthday one can’t feel but optimistic that indeed the glory of yesteryear might return.  With some luck, who knows…  Maybe some of that glorious magic of the MP4/4 or MP4/5 might return.  Maybe from that Honda might start making real cars again, like the S2000 and NSX.

Finally, check out these videos.  They speak for themselves!