I have a few pictures with the rear section of the original frame on bowtie6.  This frame was as about as pristine as could be found when I bought my car several years ago.  There were gussets made and welded onto the frame, as well as reinforcement plates.  Every weld on the frame was gone through and reinforced.  Yet with all this work, after some 15,000 miles the frame failed.

The following pictures show the seam that failed.  Granted the rear is far from stock, but this goes to show that you can weld on the original flimsy frame but this does not guarantee it will survive.  The original frame might be OK for the anemic tractor engine that powers “original” TR6’s, but if you are going to put some real horsepower (and torque) in front of a TR6 then you might want to rethink if the frame will hold up or not.  In my case, sadly the frame gave up the ghost. 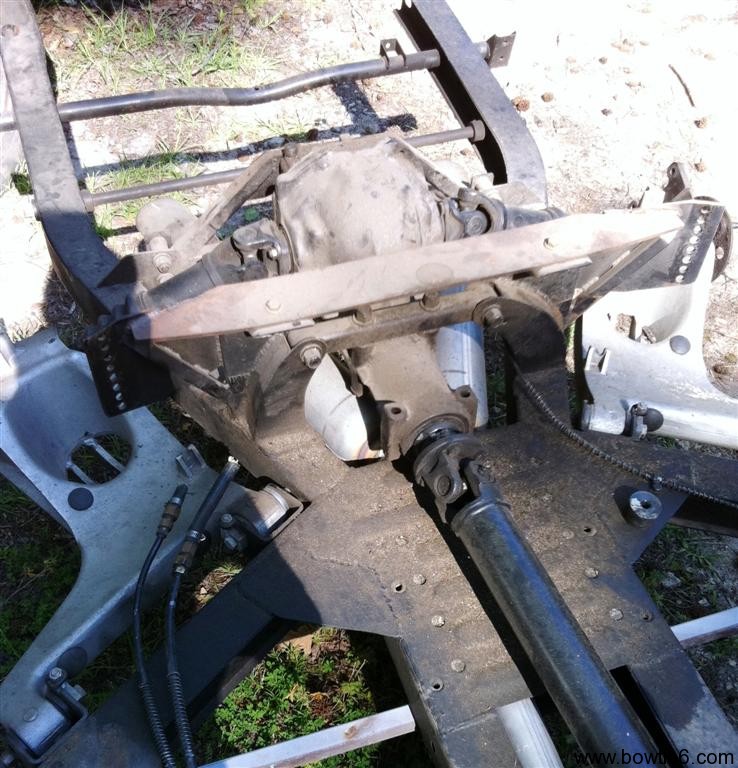 The picture above shows the Nissan R200 “long-nose” differential we used.  This diff came from a 280ZX and worked very well – however, it was quite heavy and did not have posi-traction.  The ratio was quite nice – actually a 3.90 to 1 – and this was the reason we chose the 3.80 to 1 for the solid axle currently being installed.  The picture above does not show the coilovers however, that can be found on my “old” website.  The failure happened on the left side (the passneger’s side) and the following picture shows more about it… 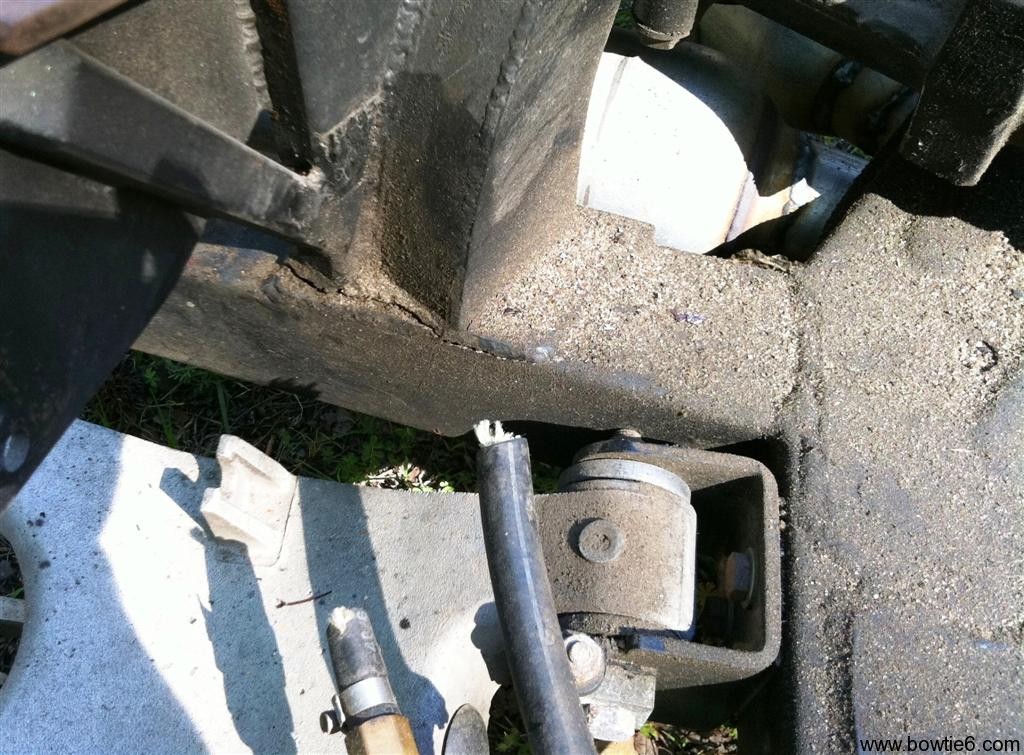 In the above picture you see the crack on the tower that supported the coilovers.  Here is another shot: 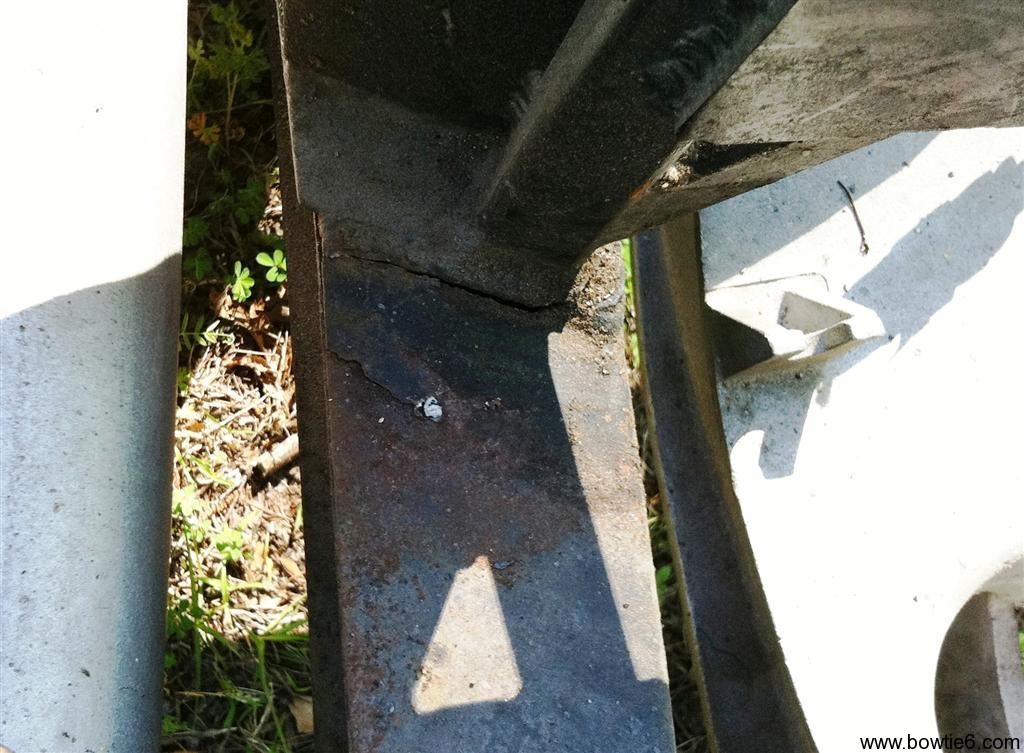 As you can see, the top section of the frame “lifted” off the rest of the beam.

Finally the above picture shows what the rear of bowtie6 looked like.  The diff is in the centre, with the custom made halfshafts.  The Nissan diff is held in place by the two bridges, the dual exhausts can be seen as well as the rear sway bar.  This was a nice setup and would still be in place except for the crapy Triumph TR6 frame giving away…

Seriously folks.  No joking aside.  I spent a considerable amount of resources on this “original” frame with the work we did to it.  Yet, it failed.  No, I did not abuse my car but I did get down on it in such a way that I could enjoy the upgrades.  For anyone remotely thinking about doing an engine swap using the original frame:  think and double-think what it is you want to do.

The original diff will never hold up.  Eventually after you put enough miles on it, it will fail.  Ditto for the frame.  Once again, the section that failed might have not been “original”, but we had a pristine frame to begin with.  I hope these article and pictures are of value for you.