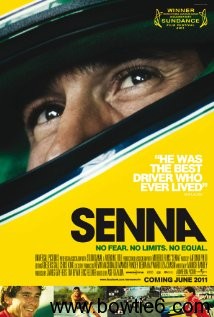 I finally got a chance to watch the highly acclaimed documentary of Aytron Senna on the big screen.  The local Lotus dealership had a special viewing at a local theater and I quickly jumped at the opportunity.

The documentary is amazing.  Period footage makes the film and fortunately has very little commentary to color the true meaning of the film.  Basically the images speak for themselves and there is plenty to watch.

The years since Senna’s death have brought a number of changes to F1 cars.  Watching this film really puts these changes into perspective.  The feel is certainly not the one that you get from modern F1 race coverage.  The race is the same, but the cars are so different.

One of the things that stood out for me was a very quick “demo” of active suspension on the  Williams FW14.  This car ran during the 91 and 92 seasons.  Designed by none other than Adrian Newey, but I digress…  They show footage of the FW14 parked in a garage with all body work removed.  It is sitting on all four tyres and it appears to be going through a set of self-tests:  the monocoque floats as the active suspension raises and lowers each corner.  Pretty cool.

From the film one can appreciate the driving force behind Senna.  He basically had a balls-to-the-wall attitude and second was just not an option for him.  The rivalry between him and Alain Prost is certainly visible not only on track footage but also on interviews.  Then, once Prost retires from the sport they become close.  So close that Prost is a trustee of the Senna Foundation.

If you get a chance to watch this, don’t miss it.  Highly recommend this film – it is awesome.  Can’t wait for the American spec DVD to be released…