From what I’ve read on the auto detailing forums, the MTM Hydro Professional Foam Lance is the only way to properly wash a car.  This device is attached to your pressure washer and with the right kind of soap, a perfect layer of foam can be delivered to the surface of your car.

I did some research on the inter-webs and found there are several vendors.  Since I am not endorsing one or the other, I picked the one with the lowest price (and yes, they vary!) so if you decide to get one do your homework.  Sure enough, a few days after I placed my order the friendly UPS driver delivered a package with an MTM Hydro Professional Foam Lance and on Memorial Day weekend I decided to try it out.  Here is what I found…

What You Get in the Box 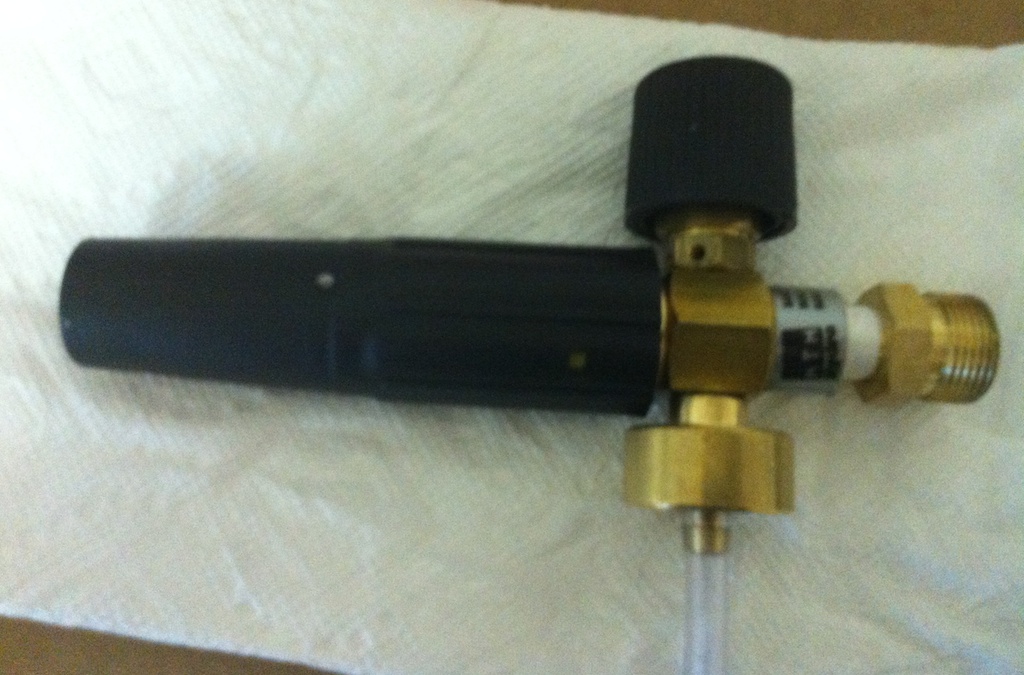 The lance is quite heavy and appears well made.  This picture shows the lance with the clear plastic siphon tube attached on the bottom;  on the right is the fitting that matches my pressure washer.  The top knob regulates the amount of soap mixture being sucked in and the black lance on the left works just like the tip of a pressure washer:  it regulated the sweep area (from a fan to a concentrated point) by turning one way or the other. 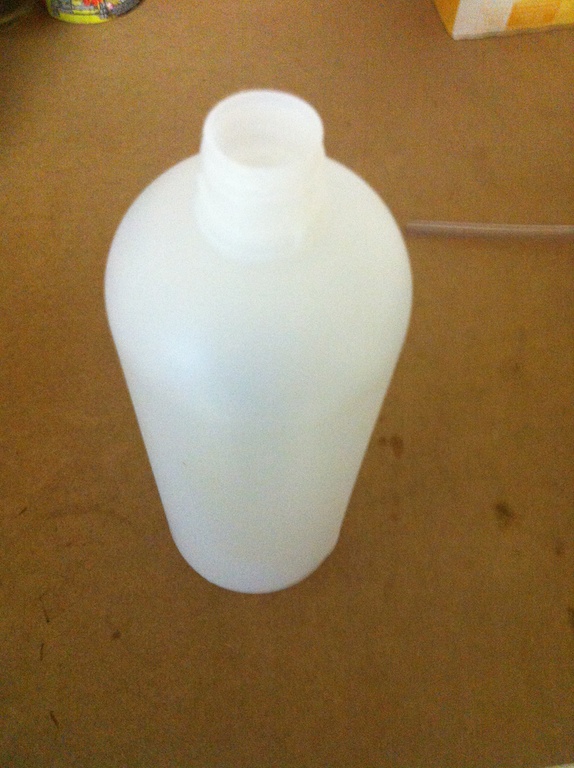 I have a Sears gas-powered pressure washer, like this one: 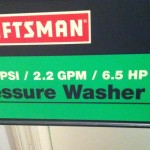 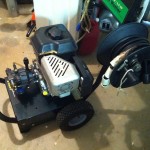 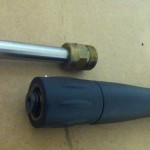 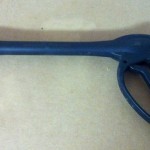 From what I have read on the forums, finding the “right” fitting to match your trigger is a bit confusing.  Fortunately in my case, the correct fitting came in the box.  Here is what the MTM Hydro looks like with the proper fitting for my pressure washer: 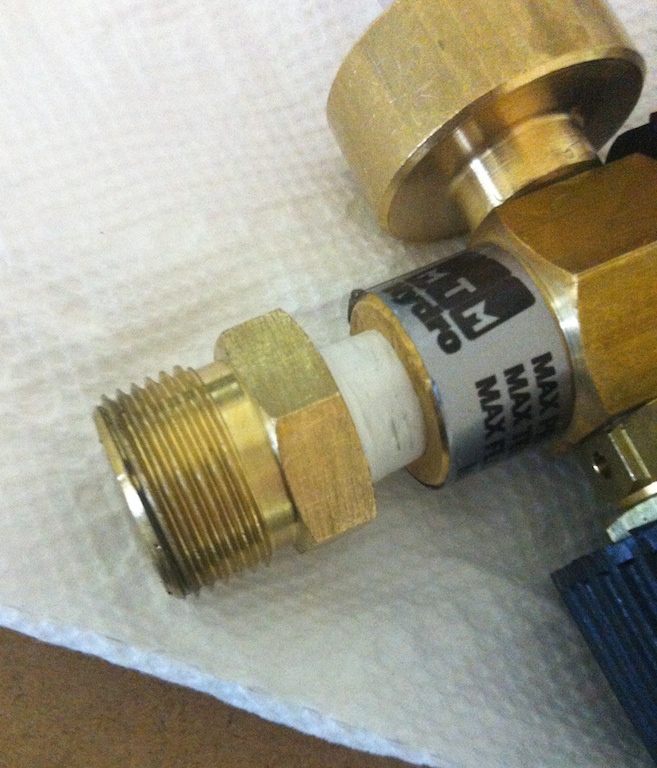 This part was rather frustrating for me.  I tried several times to contact one of the vendors about the fittings and after several tries finally received a rather vague answer on whether the MTM Hydro lance would fit the Search trigger mechanism.  However all worked out right out of the box.

Once I got everything assembled and had the pressure washer up and running, let me just say this thing works very well.  Since I am doing a full report here for you, I will explain the good and the bad.

First, let me tell you the bad:  the Achilles heel of this whole affair is the bottle.  It is very cheap and flimsy.  During transit the box appears to have been bumped a bit and the bottle showed signs of being semi-crushed.  Look at this picture: 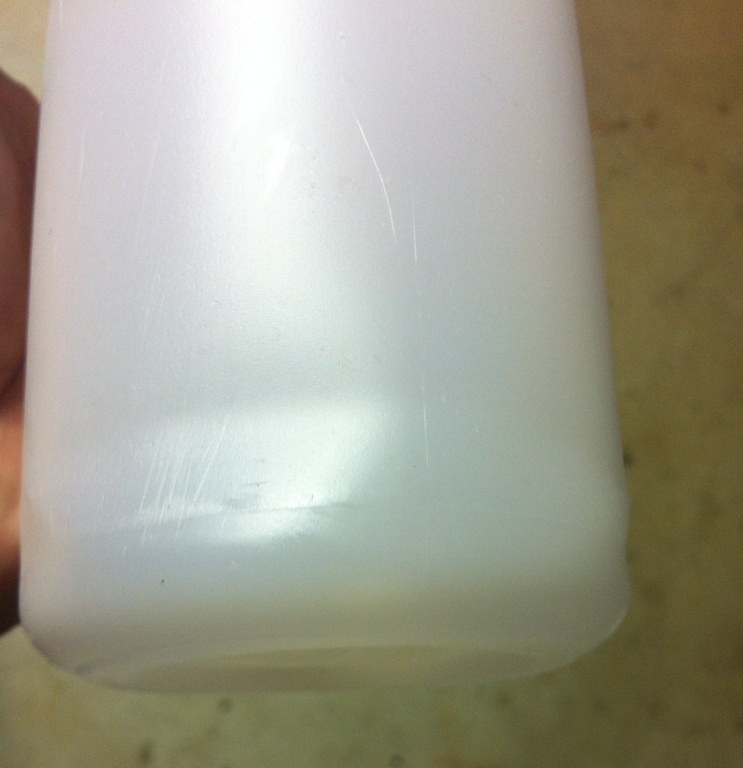 I tried to straighten out the crease a little, but this bottle is made of such thin material that I am afraid to mess with it too much in fear it will just out rip.  Another issue I find in the bottle is that when it is full of soap mix, it is extremely easy to cross-thread on the lace.  This is what the threads on the bottle look like: 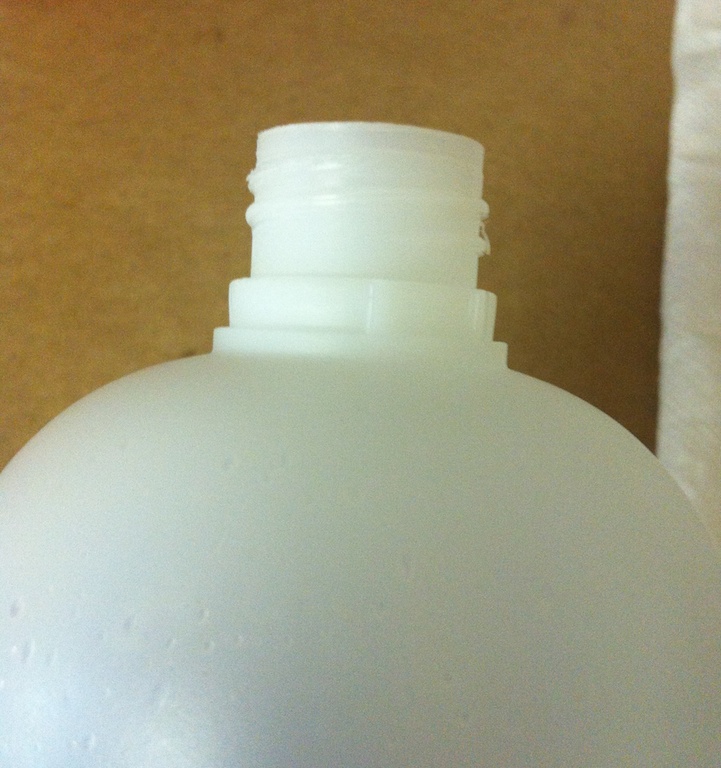 And they thread into this: 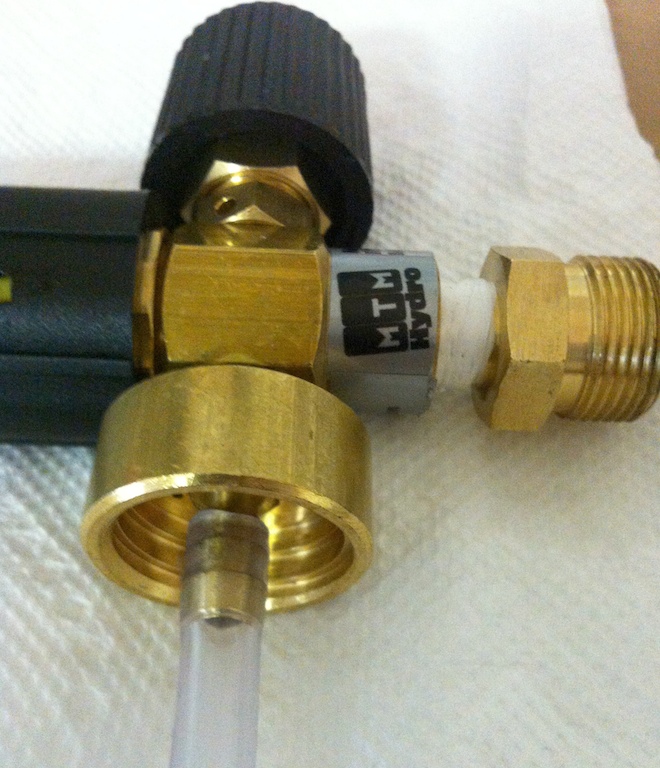 However, if you take your time then you can get the bottle properly screwed in.  Bottom line, I see myself having to buy a replacement bottle sometime in the near future.  So it might not be a bad idea to get an “extra” bottle with your order.

Next the good:  this thing works.  But… Be aware the amount of foam will depend to a large extent on the quality of car-wash soap you use.  My first attempt was using Griot’s Garage car-wash: 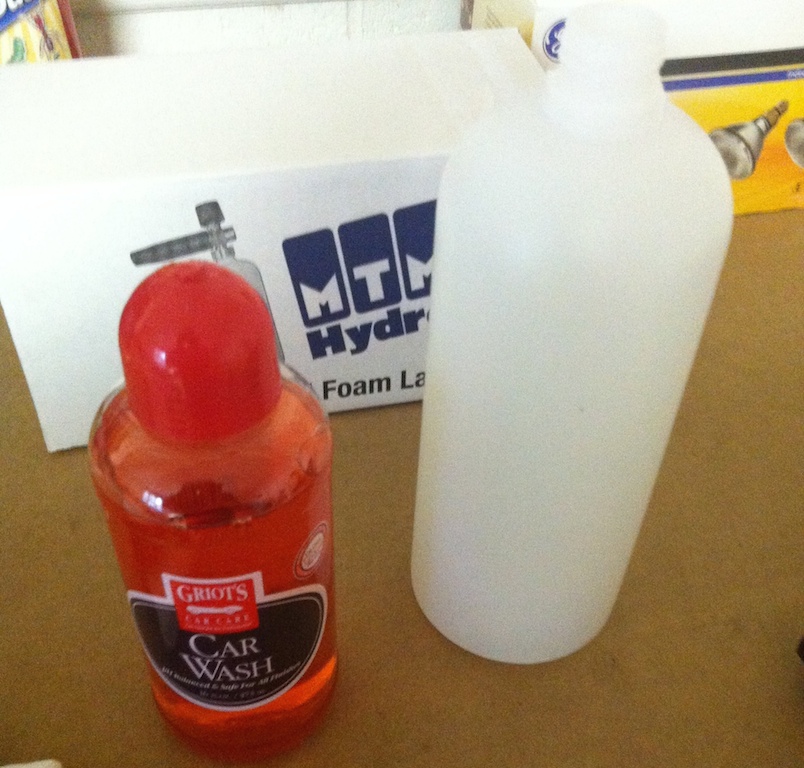 And this is what it looks like after a minute or two after applying: 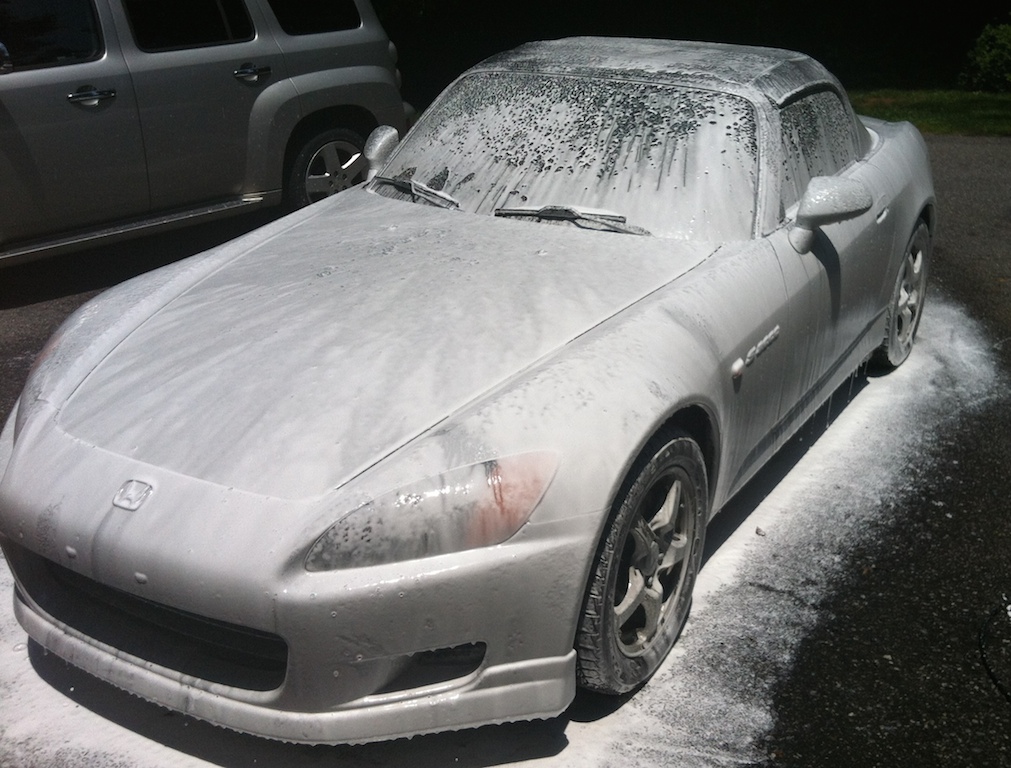 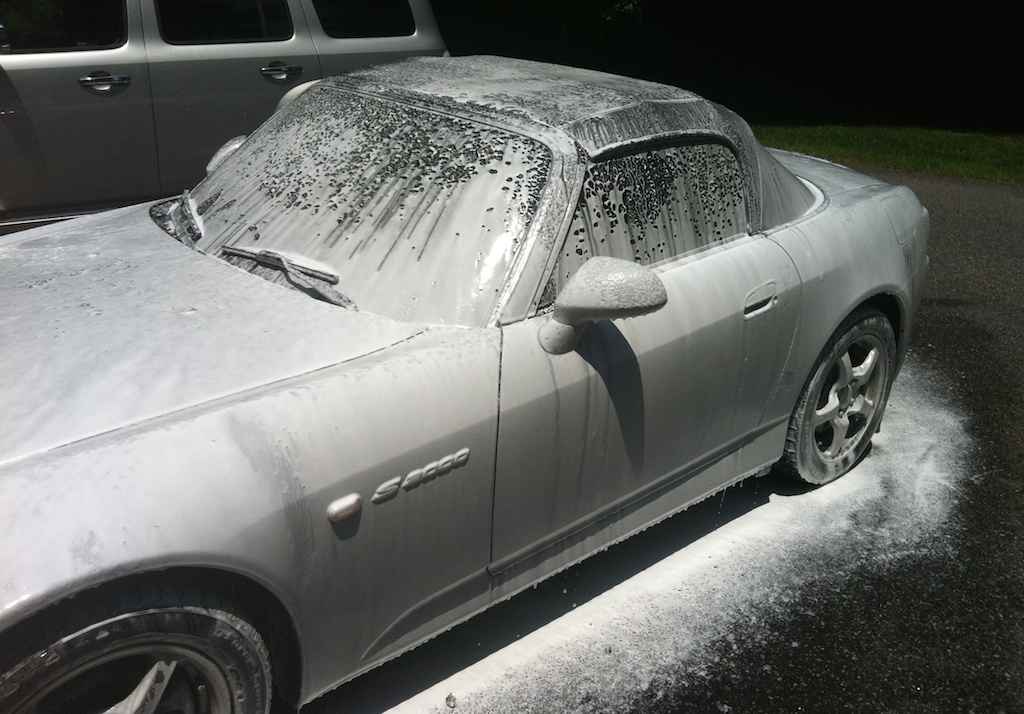 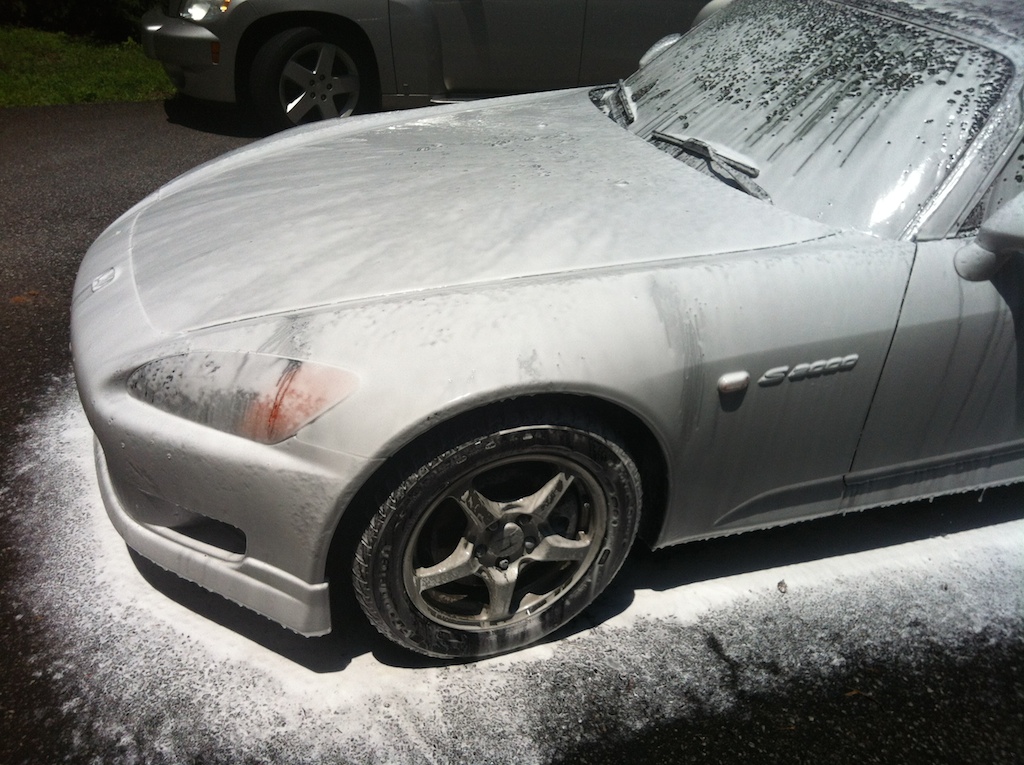 This soap gave good results.  I had two other bottles of car-wash I had previously bought at the local Auto Zone and those failed miserably producing almost no foam at all.  I realize there are probably better car-wash shampoo options out there, I’ll just have to find them.  When I do, I’ll have an update.

Oh and one more thing:  Keep an eye on the bottle as its contents get used up… 😉  In my case, the pressure washer had enough suction that it started to crush the bottle like an empty beer can.  Just watch the soap mixture!

The foam lance worked very well.  It produced a very nice layer of foam and overall I was very pleased with how my S2000 and later, bowtie6 looked after all the foam was rinsed away.  Was it worth having to break out the pressure washer and all its attachments?  I guess I’ll have to try this out a few more times before I can say for certain.