So really, how much does a Honda S2000 weight?  Since we still had the scales available, I thought I’d find out.  First though, I went to the service station and topped off the tank.  I wanted to see how much it would weigh in with a full tank of fuel.  Take a look…

Before we get started, for those of you that have never seen scales like these before, let me explain how to read the data.  Four scales are placed on an even floor.  The car is then lifted with a jack, each scale is placed under each tire and the car is lowered back on the scales with the total weight of the car resting on all four scales.  The control panel shown below has push-buttons (the gray LF, RF, LR, RR ones) with green LED’s next to them.  This way you can toggle each scale on/off.

Starting off with rear and then front (see the green LED’s? )… 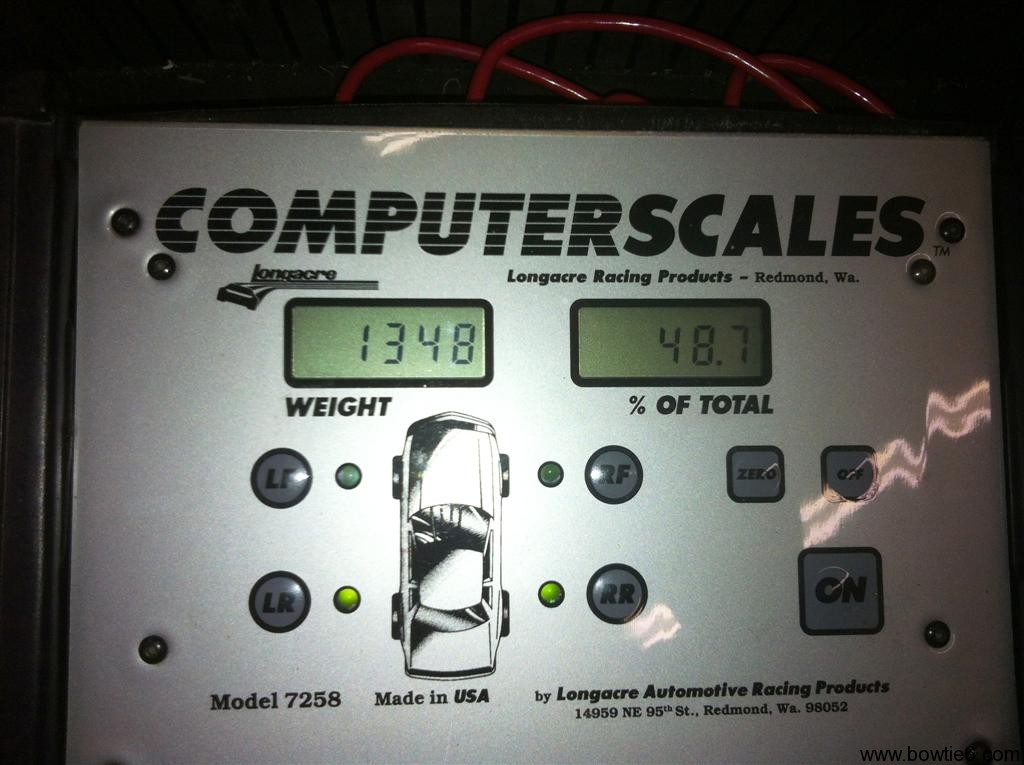 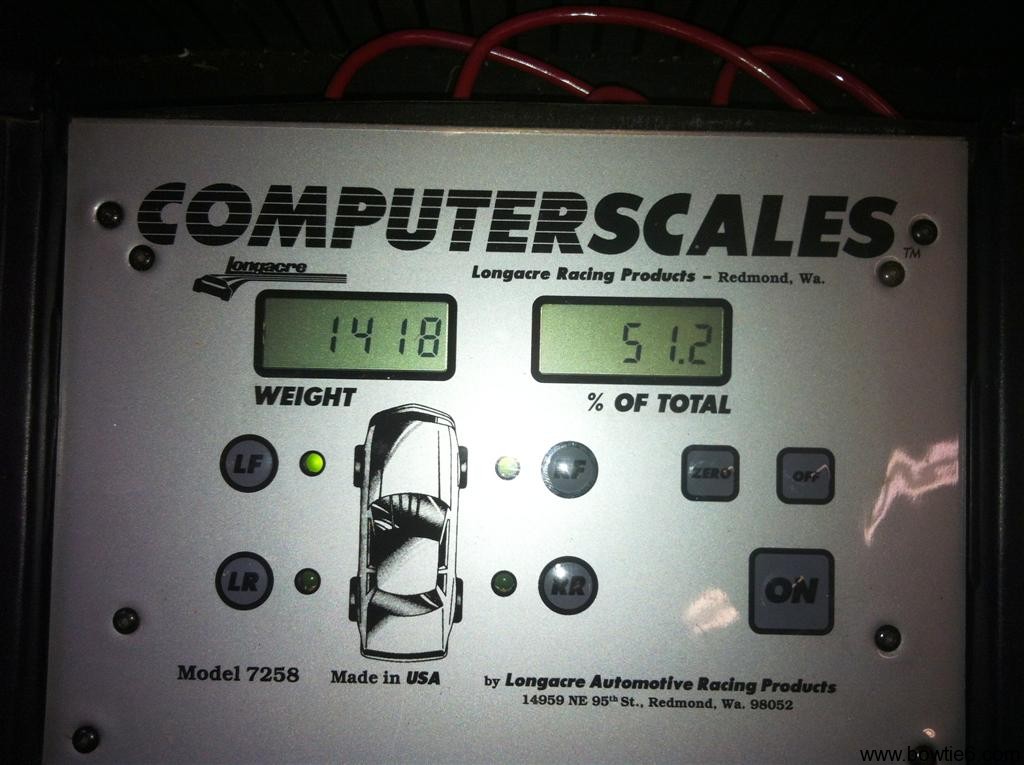 Ah, but here is the real surprise (note all four green LED’s are “on”): 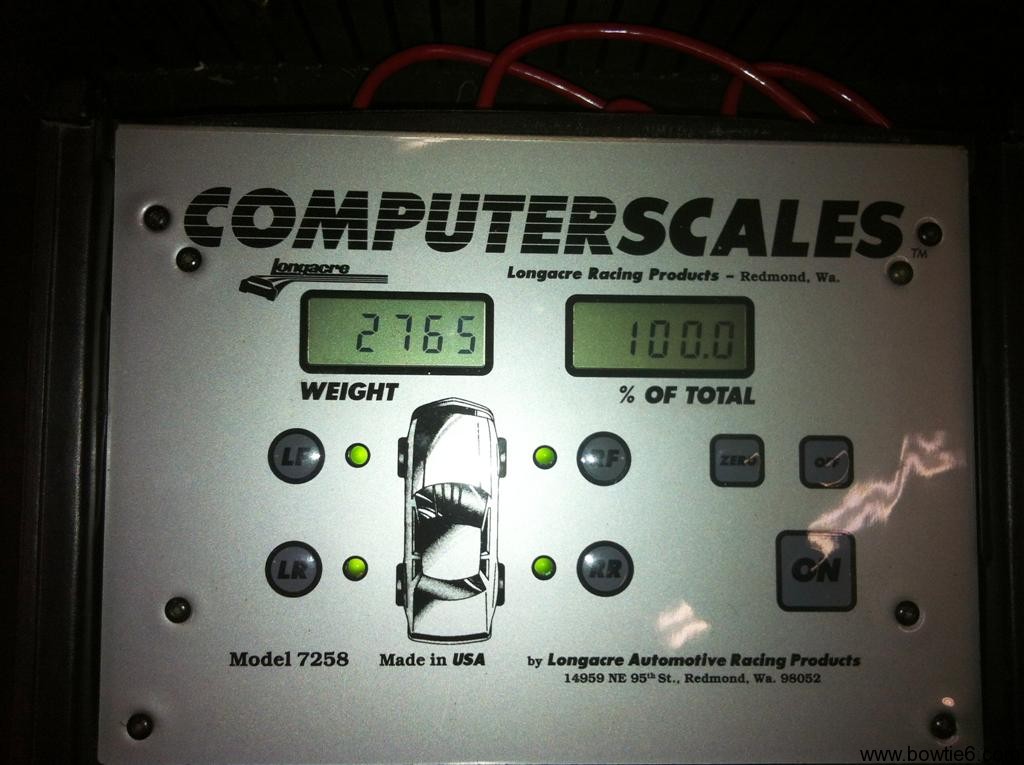 This is one of the most popular pages on this blog.  This information is not exactly readily available to the general public on the web and that is why I decided to take these pictures and write about the total weight distribution of my totally stock, low-mileage 2003 S2000.

For the naysayers of the data posted here, I have the following comments:

It is up to you – the reader – to make up your own mind about these numbers.  Want to believe the door sticker?  Fine – limit yourself and drink the CoolAid.  However, for me the scales show the true weight of my car.