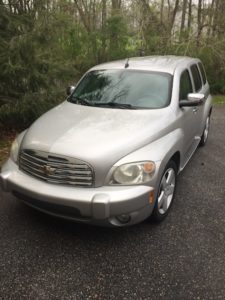 Last week, parts of the Upstate of South Carolina experienced a very severe storm with golf ball sized hail.  No, this is not an April Fool’s day story; on the contrary.  Because of the weather event, my wife’s 2008 Chevrolet Heritage High Roof (HHR) endured a great deal of hail damage, resulting in it being totaled.

Both of us had become attached to the utilitarian HHR not for its luxurious appointments but because it was a very versatile little vehicle.  I hauled lumber in it several times, took several long trips in it, and our two Corgis fit very comfortably with the back seat folded down.  The HHR got decent mileage and overall was very economical.  Perhaps the only shortcoming on the HHR is that it is nose heavy and thus the front suspension components take a lot of wear.  On the other hand, this HHR shares the same 2.4L Ecotec with bowtie6.

The storm hit late in the afternoon, around the time to leave from work.  Fortunately I was working late that night, and a good friend of mine called and warned me about the bad weather.  Since I didn’t want to have RedRock damaged, I took refuge in the underground parking lot at a mall across the street from my office.  Suffice to say, I was not the only one! 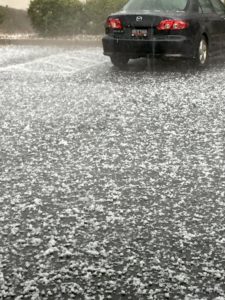 However, the HHR did not fare as well.  At the time of the storm, the HHR was in the parking lot at my wife’s workplace.  She took the picture shown here from the side door of her office.  It is a very helpless feeling when hail of this size falls knowing all too well the amount of damage being done.

The next day, my wife called our insurance carrier.  The rep was very nice and said they had received many calls reporting this sort of damage.  During that call, the rep gave my wife an appointment to have the HHR inspected.

As we talked about this with my wife later that night, I did a few Google searches trying to figure out the current value of our 2008 Chevy HHR.  It was then when I realized the HHR might be totaled.  Like I mentioned above, our HHR was not a luxury cruiser, however mechanically it was in perfect shape with something like 83,000 miles on the odometer.

After a lengthy 40 minute inspection, the adjuster gave us the bad news:  it would take almost $5,000 to repair the hail dings.  He said this is a very time-consuming process and the amount of time to repair damage was too large.  For example, the hood took several direct hits… 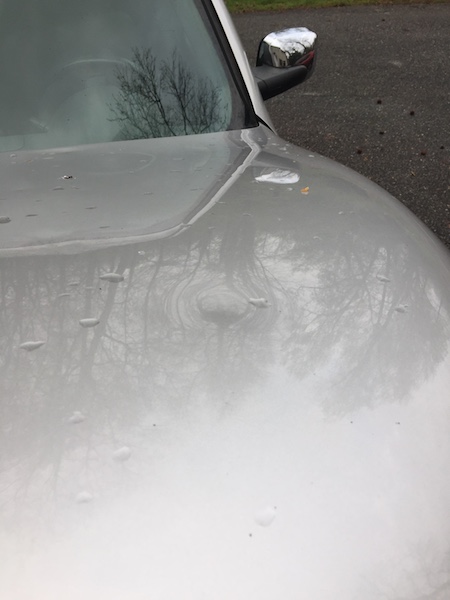 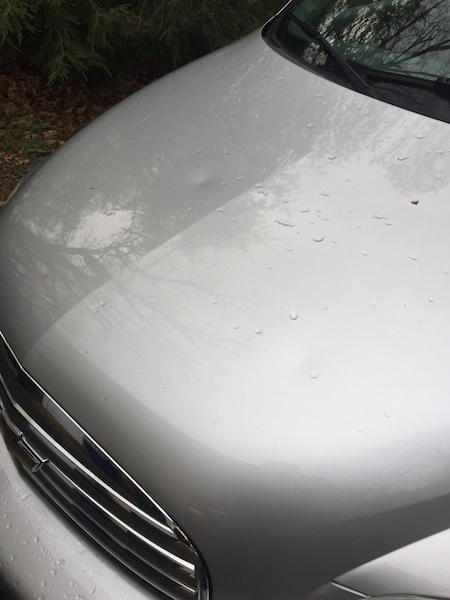 And these are only the larger ones.  There were multiple smaller dings that did not show up very well in these pictures.  What about the roof?  Well, these pictures show what happened there… 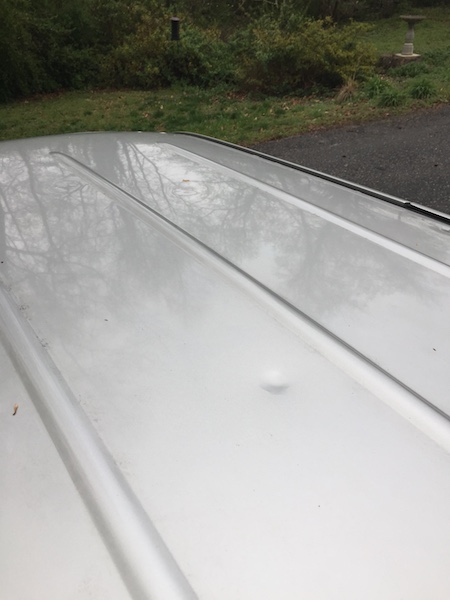 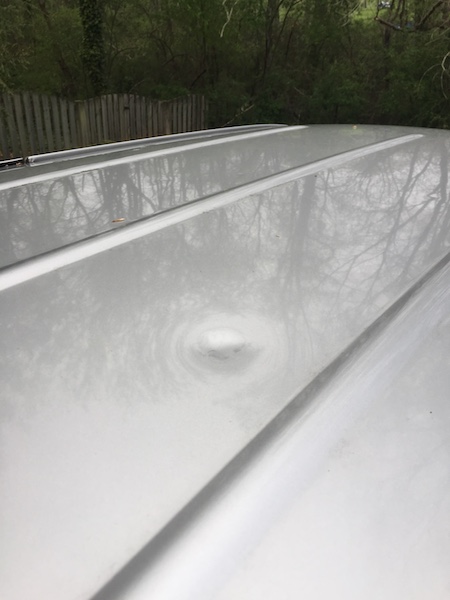 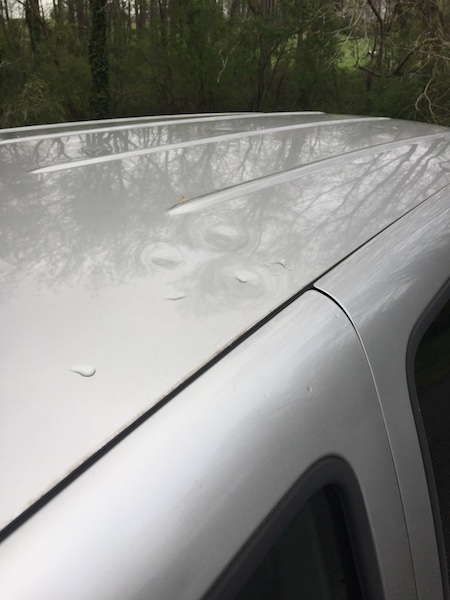 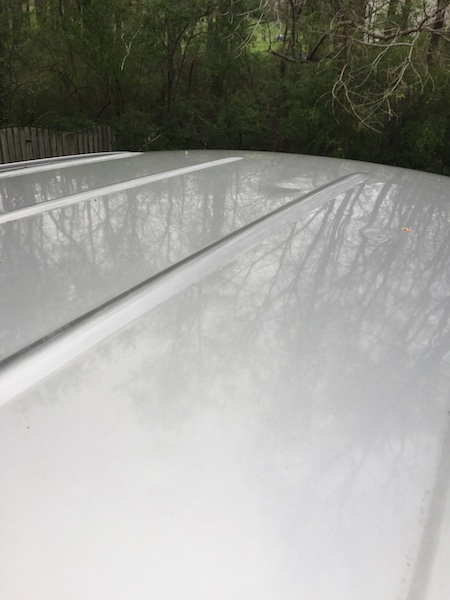 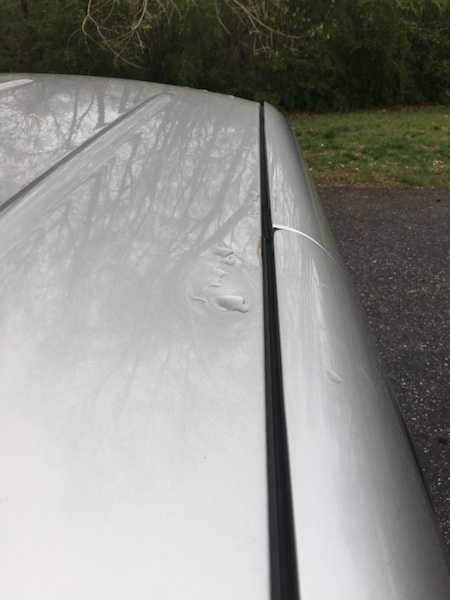 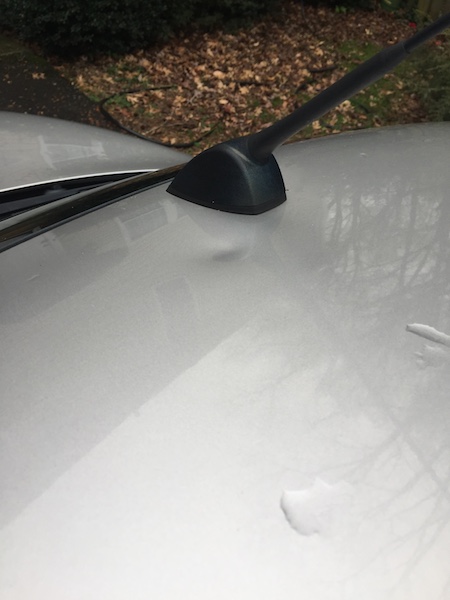 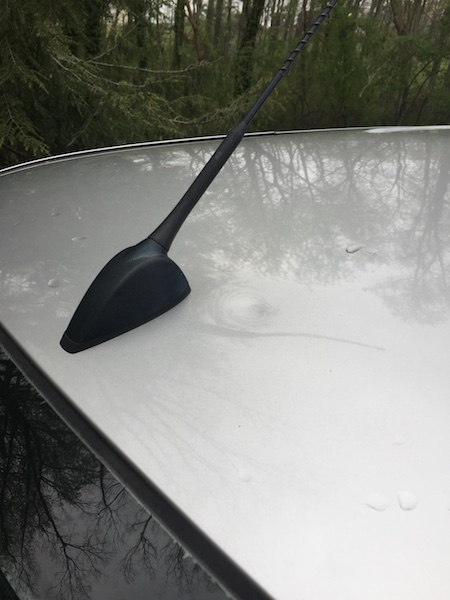 The first offer didn’t thrill me.  That road-worthiness inspection has “hassle” written all over it and the salvage title means resale value would be non-existent.  So, we accepted the second offer which incidentally was very fair.  We had entertained the idea of trading the HHR and we were semi-looking but not very serious as of yet.  I suppose this means we will be getting a new car sooner than later (stay tuned, I’ll have an update on our next car!).

Sadly though, the rollback truck showed up yesterday and took the HHR away… 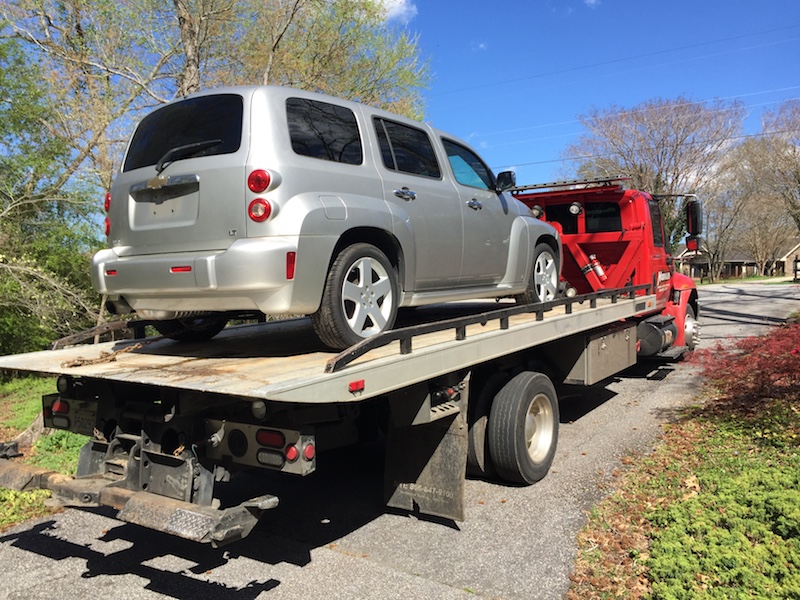