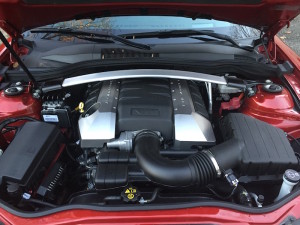 For RedRock‘s first modification, I ordered a OEM Camaro strut tower brace.  The strut tower brace comes standard on the 1LE and Z28 versions of the Camaro, installed at the factory.  Since this is an easy non intrusive bolt on, I thought why not.

The brace is all aluminum.  The two ends are rough cast and the brace is hallow aluminum stock bent in a curvature clearing the engine cover.  The kit comes with all necessary mounting hardware.  A quick trial fit revealed everything lined up perfectly. 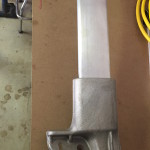 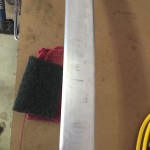 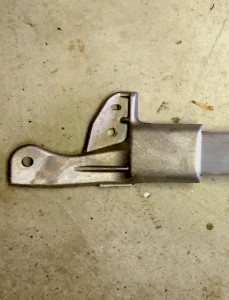 As nice as the strut tower brace looks though, it needed some extra work.  The cast aluminum mount pads needed attention.  Each pad has three bolt holes (see picture on the left) and each bolt hole is machined on the back side so the pad fits flat against the strut tower on the body.

Around each bolt hole though, were many burrs and sharp shavings left from the machining process.  This would cut into the paint on the strut tower and lead to corrosion.  Easy fix:  I grabbed my Dremel tool and used one of the metal brush wheels to remove the burrs.  Problem solved.

Next, the curved brace showed some scratching from shipping and machining as well as light staining.  I’ve learned from my cousin Jim that ScotchBrite can be used to give aluminum a nice finish.  The trick is to slide the ScotchBrite pad in the same direction so the pad polishes the surface.  The result is a laid down “matte” finish that complements the silver finish on the engine cover.

After polishing, I masked a few inches on either side with tape.  Then cleaned the cast mounting pads free of any oils and used some semi-gloss black paint from a rattle can of High Temp Engine Enamel.  Quite a number of coats later, the cast surface looked much nicer.  In the meantime while paint dried, I punched some spacers out of a sheet of flat rubber I obtained from my cousin Jim’s machine shop.  I decided to do this to prevent damaging the paint on the strut towers on the car. 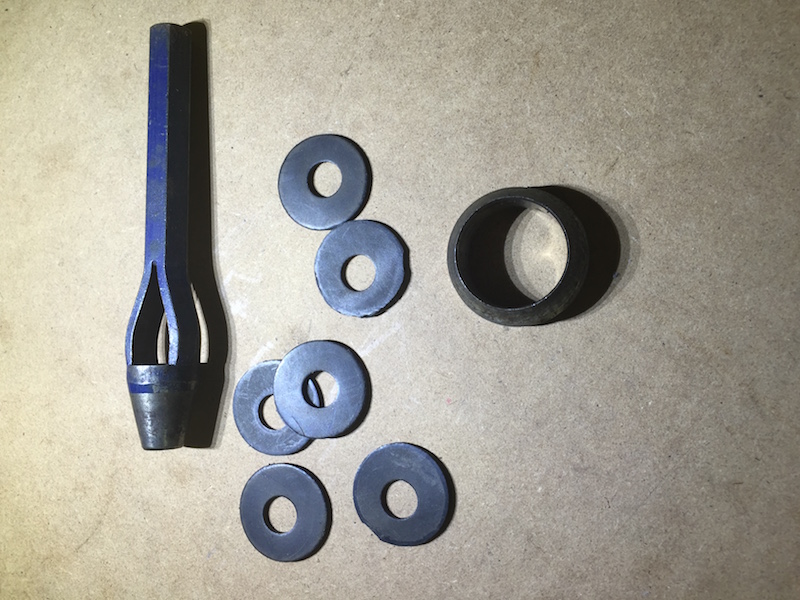 I used the tool on the right to punch the discs out of a sheet of rubber.  They are about 1/8 inch thick.  The punch to the left was used to take out the center hole.  The result is a rubber washer made to fit the spot on the mounts where they contact the struts on the car.

I realize the benefits of the strut tower brace might be questionable.  However, I like the way it looks and given it is OEM, why not?  When the weather turns a bit warmer, I’m thinking about getting a custom rattle can of paint in Red Rock Metallic and paint the black ends so they match body color.  But, for the time being this looks nice enough for me.  The mounted strut tower brace turned out very nice! 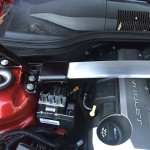 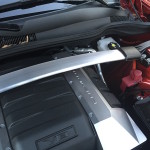